Difference between Boredom and Loneliness 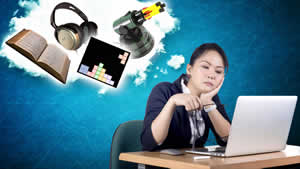 Boredom is the situation when a person is not at all in a mood of doing any activity. Boredom is when you have had enough of something and you need more of something else. The idiom ‘boredom’ was first expressed in 1852, in the novel 'Bleak House' by Charles Dickens. The term was mainly derived from the French word ‘ennui'. 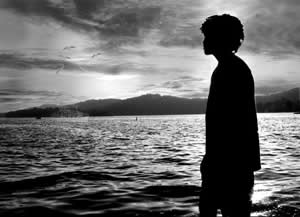 Loneliness in simple terms means ‘to be alone’. Loneliness is when one feels that he is not enough. A person needs someone other than himself. As you know, you could feel loneliness even when you are with someone. However, basically you feel that you are not enough. Being lonely is a state that arises from a certain situation in a person’s life that leaves them discontent or heartbroken. Situations such as divorce, break up, fight with a friend, betrayal, etc. could leave a person feeling helpless which could give rise to feelings of loneliness. Loneliness is believed to be a negative state of mind, where a person is not sure of themselves, is not able to cope with the emotions around them, does not wish to talk and requires a distraction.

Many experts claim that the feelings of loneliness stem from the childhood of a person and their interactions with their family. Children that were not close to their parents are said to have feelings of being lonely more often, as compared to children that were close to their parents. A person faces loneliness one time or the other in their lives; however the trick is not to let it overwhelm you. It is a feeling that should pass and not be dwelled upon, making the person feel more depressed.

Comparison between Boredom and Loneliness: