Difference between Coaching and Mentoring

Key Difference: Coaching and mentoring are two similar development techniques generally used at work in order to improve an individual’s performance and skills. Coaching is often of short term, whereas mentoring tends to be an ongoing process. Coaching is targeted to achieve specific skills and goals, whereas mentoring covers a broad scenario related to an individual, where it focuses on both professional and personal issues. 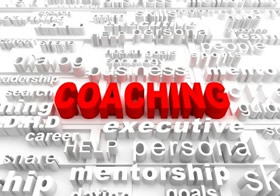 Coaching and mentoring are two important ingredients of relationships which develop in order to achieve some kind of learning. The coach in context to coaching and the mentor in the case of mentoring are the key persons involved in the process of this imparting knowledge or sharing their learning. In the basic level, they are more or less same. They use similar skills and models. However, primarily they are differentiated on the context of duration.

Coaching is often of short term and is connected with the achievements of organizational relevance. On the other hand, when one talks about mentoring the emphasis is on the longer term relationships and a more wide and broad development.

Coaching, as a short duration type of learning tends to focus more on performance.  Coaching tends to focus on some specific development issues. Coaching is more concerned about the issues which are wok related. A coach may or may not share a very good rapport with the client, but still a minimum level of comfort is usually required in this kind of relationship. In coaching, agenda is decided and set by the client. Generally, coach sets the tasks for the client or learner and then provides an optimum feedback of this performance.

On the other hand, mentoring is a long term type of relationship in which mentor and mentee shares a good rapport with each other. Agenda is set by the mentee along with the mentor. It is more focused on development of the mentee professionally. It covers a broader view of the person than in the coaching.

It is important to mention, that due to similar type of guiding nature, both coaching and mentoring tends to overlap each other. A coach may or may not have a direct experience of the individual’s occupational life, whereas a mentor is generally the person who is more experienced and qualified than that particular individual who is being mentored. Mentoring is more focused on grooming mentee, whereas, coaching is aimed to effect performance in a positive manner.

Comparison between coaching and mentoring: