Key Difference: Labor Day is an American celebration of the American Labor Movement and is dedicated to honor the social and economic achievements of workers. Memorial Day was originally established to commemorate the grave of the soldiers that died serving in the war. The day is established to celebrate and acknowledge the lives that were lost during the war. 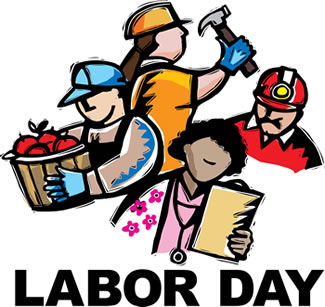 For many these two days have no significance other than an additional holiday and a long weekend. However, for others these days are highly significant and have come about for a purpose. Labor Day and Memorial Day are two days that are often confused, with many people losing the importance of the holiday. While everyone has heard of the Labor Day Parade and the Memorial Day Weekend, they do not know what it signifies.

Labor Day or Labour Day (in other countries such as Canada) is a holiday that is celebrated on the first Monday of September. The day is now most commonly associated with marking the end of summer and the start of the school. Labor Day is an American celebration of the American Labor Movement and is dedicated to honor the social and economic achievements of workers. It signifies a yearly tribute to the contributions workers have made to the strength, prosperity, and well-being of their country.

Labor Day is the result of the Central Labor Union and the Knights of Labor, who organized the first parade in the New York City to promote the union workers in the United States. While initially celebrated in May, the Haymarket Massacre incident that happened on May 4th, 1886, resulted in the incident being celebrated in September.

According to the United States Department of Labor, Labor Day is often celebrated with a parade in order to, “exhibit to the public "the strength and esprit de corps of the trade and labor organizations." This was often followed by a picnic or a festival for the workers and their families, but today everyone gets an offand is allowed to celebrated it as they wish. In other countries, Labor Day is synonymous with International Worker’s Day – observed on May 1. 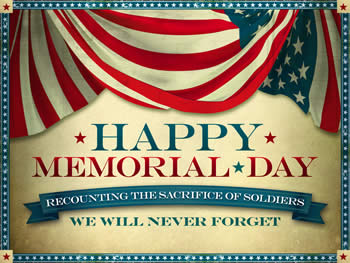 Memorial Day is a federal holiday in the United States that is celebrated on the last Monday on May. It is most commonly associated with the start of summer vacation and the end of the school year. Memorial Day was originally established to commemorate the grave of the soldiers that died serving in the war. The day is established to celebrate and acknowledge the lives that were lost during the war.

Memorial Day was established after the Civil War in 1868when the Grand Army of the Republic, an organization of Union veterans. It was originally known as Decoration Day – when the people would decorate the graves of the fallen soldiers with flags and flowers. The celebration of the Union and the Confederate were originally different, but they have no merged and are celebrated on one day.

Originally started in the Southern states, the North also started celebrating Decoration Day in order to honor their fallen soldiers. Before 1971, the day had been celebrated on May 1 and was changed to a specified Monday in order to create a three-day weekend. On the day of Memorial Day, the flag of the United States is raised briskly to the top of the staff and then solemnly lowered to the half-staff position, where it remains only until noon, after which it is then raised to full-staff for the remainder of the day. According a US government website, the flag positions are supposed to mean something. “The half-staff position remembers the more than one million men and women who gave their lives in service of their country. At noon, their memory is raised by the living, who resolve not to let their sacrifice be in vain, but to rise up in their stead and continue the fight for liberty and justice for all.” While the US celebrates Memorial Day, some other countries have a Remembrance Day – whose dates change depending on the country and its customs.