Difference between Windows 7 and Windows 10 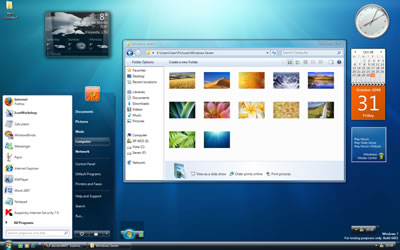 Generally speaking Windows 10 is a composite of Windows 7 and Windows 8. It re-implements the Start Menu from Windows 7, and incorporates it with the Live Tiles of Windows 8. Windows 7 has a straightforward, well-designed interface that is very familiar to Windows users. However, Windows 8 has completely rehauled the user interface. Windows 10 tries to give the user the best of both worlds.

Windows 10 also adds Cortana to the mix. Cortana is Windows’s Siri-like virtual assistant. Cortana allows the user to do a multitude of function just by giving Cortana a voice command. Some of the things that Cortana can help with is search queries, upcoming appointments, the weather, directions to the nearest coffee shop, and many others. She can also schedule appointments, take dictated notes, add tasks and reminders, and play music.

Windows 10 also allows the user to create virtual desktops. This can be done via the Task view icon located in the Taskbar. Virtual desktops allow the user to segregate their work onto different desktops. Hence, one desktop can be for office work, another for personal work, a third for games, and so forth.

Windows 7 was a favorite with PC games, as it has one of the best support. Windows 8 and 8.1 was debatable. However, Windows 10 has tried not to leave the games behind this time. Windows 10 includes DirectX 12, which has some impressive bench testing results when it comes to gaming. DirectX 12 is known to make significant strides in improving gaming performance. 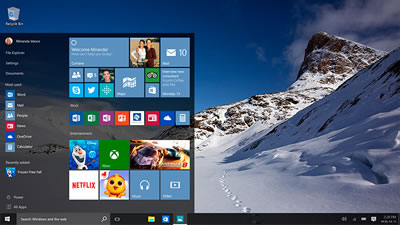 Another game related addition in Windows 10 is that of PC Game DVR. This upgrade is to the Xbox app that allows users to record videos of their games in real time and then share it with friends. Users will also be able to play Xbox One games on their PCs by streaming across their local network.

Windows 10 also included a variety of other upgrades, such as Snap Assist, Syncing desktop settings, Contiuum, Refresh and Reset options, as well as the new design language.

Comparison between Windows 7 and Windows 10:

Who's the author? i need asap for my citation pls reply now

Please use Difference Between in place of Author. See more here: http://www.differencebetween.info/citation

Thanks for the comparison, much better than you tube videos.

This was easy to follow and understand and compare. Great format. Thanks!

Just another commercial crap - good for children. Win10 has a lot to go before it is OK for professionals.

Thanks for all the information it helped me a lot