Difference between Tax and Cess

Key Difference: A tax is a fee that is levied on a product, income, or activity. Cess is basically just another word for tax. Depending on the country and the tax in question, there can be no difference between a tax and a cess, or there might be just some technical differences. 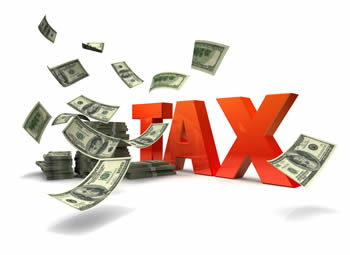 The government provides a lot of different services to its citizen, including but not limited to sanitation, law enforcement, parks and recreation, railways and roads, government hospitals, etc. While most people use these services and many more, they don’t actually take time to realize that the government has to pay for all of these and the people that work to maintain them. The cost of running a country can run into billions and trillions of dollars; money that the government must generate.

In order to generate enough money to cover all these and many more expenses, the government must utilize a variety of methods. One of these methods is taxation. The government levies many different types of taxes on its citizens.

A tax is nothing more than a fee that the people are required to pay. A tax is commonly levied on a product, income, or activity. There are two main types of taxes: direct tax and indirect tax. A direct tax is a tax that is directly on personal or corporate income. A tax that is levied on the price of a good or service is called an indirect tax.

A tax is usually considered mandatory; everyone has to pay taxes. Not paying taxes is a felony, and the person found guilty can and will be fined and/or imprisoned. There are many cases where people have been found guilty of tax evasion, and have been incarcerated. However, there are certain instances where a tax exemption is allowed. In these instances, people who meet the requirements, e.g. the lower income bracket, are allowed to not pay the tax, which in this example would be the income tax.

Cess is basically just another word for tax. Depending on the country and the tax in question, there can be no difference between a tax and a cess, or there might be just some technical differences. While, the word cess was commonly used before, today the word has fallen out of disuse, except in some particular countries, such as United Kingdom, Ireland, Thailand, and India. In England and Ireland, cess referred to local taxation. The term has now fallen into disuse in favor of rate. In Scotland, cess refers to property tax. In Thailand, the term refers specifically to Rubber Export Tax. The Jamaican Ministry of Agriculture and Fisheries uses it to denote a tariff on imports.

In India, cess is any tax that is earmarked for a particular use, for example, irrigation-cess, educational-cess, etc. While in other countries cess is just like a tax, in India, a cess is often calculated on a tax; basically it is a tax on tax. This allows the government to raise money in addition to the take in order to use it for a particular use, e.g. education. Generally, the cess is expected to be levied till the time the government raises enough money for the particular purpose. For example: On Rs. 100, the tax is 10%, hence the tax is Rs. 10. A 3% cess will be 3% of Rs. 10, not Rs. 100. Hence, the total payable will be Rs. 10 + Rs. 0.30, i.e. Rs. 10.30.

Comparison between Tax and Cess:

@Vinay @Nikhil Thanks for pointing out error. Correction is made.