Difference between Looting and Stealing

Key Difference: Stealing generally refers to the activity to take away belongings of the other without permission or legal right, whereas looting is a kind of stealing typically during a war, riot, etc. 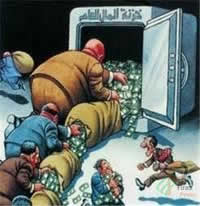 People tend to secure their valuables in order to keep them away from the eyes of thieves. Thieves are referred as people who take away the owner’s belongings without the owner’s permission. Generally, thieves steal when the owner is not around. Mugging, robbery, burglary and even looting comes under the definition of stealing. Stealing is done in order to take away the valuables, so that they can be sold or used by the person; the person here refers to someone who committed stealing. The person who carries out such an act or makes a living out of it is known as a thief.

Generally, stealing money is preferred by the professional thieves as they can use this money for various reasons. In stealing, a thief sometimes may or may not hide the act. Sometimes owners speculate that who might have stolen their belongings but at times they know who did the crime. It all depends upon the cleverness of a thief. A thief is a dishonest person and does it intentionally. If someone takes away other’s belonging by mistake, then it is not regarded as an act of stealing, as the person did not intend to steal. In society, theft is discouraged and treated as a criminal act.

Looting is an English language word but belongs to words from Hindi language origin. It 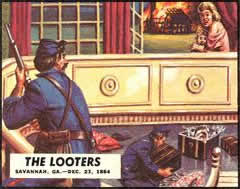 has been derived from ‘Loot’ meaning ‘steal’ in Hindi. Therefore, we can refer it by saying that it is a kind of stealing.  It is usually done at the times of war or riot. It is also defined as taking away the belongings of the others forcefully. In situation like war, thieves take advantage of the situation as people leave behind a lot of belongings. The victims of these kind of situations are weak and things can be easily snatched away from them.

During the riots, shops are generally looted as the crowd gets involved in the riots and some people take undue advantage of this situation. Looting involves taking things by power; this power can come from various sources like military, political, war conditions or catastrophe. In wars, the victorious army generally loots the place. Loot was an integral part of the Roman triumph where they considered that looting brings them a great happiness as they rob them off their wealth. During a disaster, it is very difficult to prevent looting. In natural disasters, sometimes people loot in order to meet the basic necessities of life. A powerful person loots the weaker one. Historically, there are numerous examples where looting has taken place. For example, Mahmud of Ghazni looted the cities of Somnath and Mathura. It can also be regarded as an opportunistic theft of valuable items during a time of social upheaval.

Stealing also includes looting which means both define the activity of taking away another’s belongings without the consent of the owner. Looting is associated with stealing goods from a place during a war or a riot. Stealing is generally done for any kind of item, if a child in school intentionally takes away a pencil of another student without asking the owner of that pencil, then it is also regarded as stealing. But looting is generally referred to stealing typically during a war or riot, and in looting most of the times expenive items are concerned. Stealing is generally not associated with any involvement of power, whereas looting is mostly associated with usage of power. Thus in a nutshell we can say that looting is a form of stealing but generally involves more people conducting the loot in a situation like that of a war, riot, etc.

Why are the people "looting" stealing in and around Baltimore not being arrested? Some of the items that are being stolen is considered grand theft, but nobody is being arrested. The stealing that is happening there costs all of us, by the increase of those products.