Difference between Yoga and Aerobics

Key difference: The words yoga and aerobics deal with physical fitness. Yoga means divine exercise to maintain the body stability; Aerobics are fitness exercises to maintain the physique of the body. 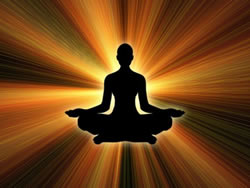 Yoga means spiritual discipline. Yoga has an Indian origin from the Vedic period. In Vedas, yoga is given a privileged position. It was practiced by early kings in their childhood, during their physical education. Yoga includes many exercises, which are known as “asana”. It gives internal and external stability. It also comprises of meditation, which gives mental stability.

Yoga in the ancient era depicts Indian culture and tradition. Yoga is followed in all religions which comprises of Hinduism, Buddhism, Islam, Jainism, Christianism. It is also practiced all over the world. Yoga has been practiced in India from several years. Its origin was found in the Rig Vedas. It belongs to the Vedic literature, wherein, it represents a disciplinary and systematic approach towards exercise. It includes exercises, which works out all the body parts. The body has to follow some basic forms first, following the other exercises (asanas).These exercises are known for their firm and stiffness. 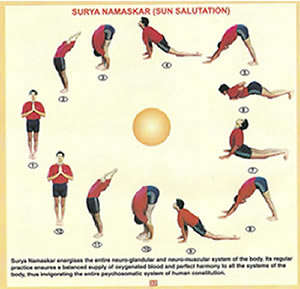 Yoga makes body flexible. Main exercise included in it is: Sun Salutation (Surya Namaskar). It includes twelve exercises. Here the body has to contribute, in order to achieve enrichment. It also gives mental stability, by relaxing the mind and increasing the concentration. Some of the main exercises (asanas) in yoga are: Padmanasa, Vajrasana, and Shavasana.

The word ‘aerobic’ literally means “living in air”. It refers to the use of oxygen to adequately meet energy demands during exercise via aerobic metabolism. Aerobic exercise can be low-intensity or high-intensity. They are physical form of exercises, which are combined with stretching and strength training routines. They are done with rhythmic aerobic exercises. They are also performed with music in groups. They are practiced to cure illnesses. 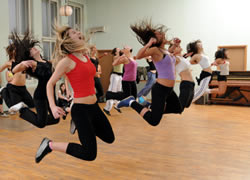 Aerobic exercises include the day to day activities, which have to be performed regularly and systematically in order to achieve best result in body physique and fitness. If they are followed regularly, then the body remains fresh and active. They are specially practiced in cardiovascular problems. These include the exercises, in which the body is lifted and moved with some velocity. These are commonly practiced to burn out calories. In these, flexibility and muscular strength is gained.

Body breathes faster with intensity by circulating the blood faster.

Comparison between Yoga and Aerobic: