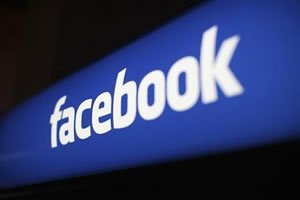 Facebook was founded in February 2004 by Mark Zuckerberg. It is a website that enables a user to share photos, videos, posts, etc. Moreover, users can join communities of common interest known as ‘Groups’. Facebook has Online Chat feature that allows online users to chat. It further gives a ‘Like’ button which allows users to like a particular photo, video or comment. It is another way for a user to express that he/her likes, supports or enjoys a certain photo or comment.

Facebook has a lot of branches like, ads, online games, video calls, recent updates of friends, etc. It only requires an email id and an internet connection. A user can search his/her friends on Facebook and add them into their ‘Friends List’. This is a very good feature by which the user who has lost contact with others can connect with them on Facebook. Facebook is a widely used website by over 1 billion active users.

Whatsapp is an application that is used on smart phones by people to text each other using internet service on their phones. To text over internet is known as instant messaging. Whatsapp was founded in 2009 by Brian Acton and Jan Koum in California. Whatsapp can be installed on a wide range of platforms. It is available on Android, IOS, Symbian Series 40 and Series 60, BlackBerry OS, Blackberry 10 and Windows Phone. It is available free of cost for one year and post that charges of $0.99 will be applied every year. 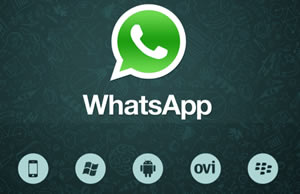 To use Whatsapp, users only need to install it to their phone. Whatsapp gets configured on the user’s phone number rather than using any email id. When installed, Whatsapp communicates to its main server and compares the contacts in user’s phone. It automatically adds the people who are already using Whatsapp to the ‘Contact List’ of the user. It is a faster way to send messages to people and that too free of cost. Whatsapp also allows users to form a group and chat, known as ‘Group Chat’. Moreover, it allows users to send photos, music, videos and contact details to other users. Till August 6, 2013, Whatsapp had over 300 million active users and shared over 325 million photos everyday.

Whatsapp is a revolution for the instant messaging applications. Also, it is very effective and user friendly. However, Facebook gives a complete social network platform to people. Both are excellent at their platforms and do their best for service.

It was in a capsul type very helpful