Difference between Worm and Virus

Key Difference: Worms are standalone computer programs that are considered as a sub-class of a virus. Viruses are programs or codes that attach themselves to files and programs and run inside the computer without the knowledge of the user.

Worms and viruses are two of the many malicious programs that can damage a computer system. The programs were made in order to discover files, programs stored on a user’s or to allow a person easy access to another’s computer. These two types of programs are known as malware and also include ransomware, trojan horses, keyloggers, most rootkits, spyware, dishonest adware, etc. Due to virus being the first type of malware found, many people often refer to all these kinds of malware as virus. However, malware and worm are two different types of malicious programs and work in different ways. 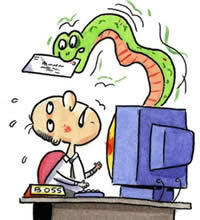 Worms are standalone computer programs that are considered as a sub-class of a virus. In reality, they are a much more effective form of malicious software as they do not require human interaction to spread. Worms have the ability to replicate themselves and infect any part of the computer they find. They can also affect other portable devices that are attached to the computer. It takes advantage of the file or information transport features on your system and uses it to travel on its own.  It has the ability to replicate itself on a computer and send hundreds or thousands of copies of itself through the user’s e-mail address book. It would then replicate on the receiver’s computers and then forward more copies of themselves using the receiver’s address books, resulting in a mass infection. The worm does not infect, alter or delete files; however it does consume system memory causing networks servers, web servers and the computer to stop working. It can also create backdoors in a computer that allows the hackers to easily get access to the computer system. Worms can also cut off access of a user to certain command properties, making it harder to remove them. Many antivirus and spyware software can be used to keep the computer from becoming infected and also removing any available infections. The computer can also be formatted to its original state removing all data including the worm. 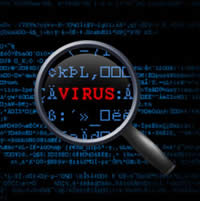 Viruses and worms are both harmful for the computer and the security of the user. Worms can provide an easy access to the user’s data, files and IP addresses, while viruses can enable the user to lose information that is stored on the computer. Experts suggest that in order to protect the computer, the user should install spyware or antivirus software, use browsers that protect users from malware by checking the website before allowing access. Also, the users should not open or execute files and programs that they receive from unknown people.