Difference between Fasting and Abstinence

Key Difference: Fasting is when a person limits the amount of food that they intake, this includes taking only one or two small meals during the day as well as refraining from eating snacks. Abstinence is when a person refrains from eating/drinking certain types of food, for example, meat, dairy products, alcohol, smoking, etc.

Fasting and abstinence are two terms that are often confused as they are similar in nature, which includes limiting or refraining intake of food on certain days. These two terms are used prominently in the Roman Catholic religion and Christianity. However, the term fasting is also a part of many other religions including Hinduism, Islamism, Jainism, etc. 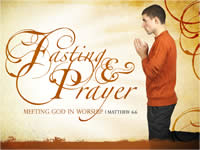 These two acts are considered as acts of penance, which are required by every devout Catholic. The Catholic Church teaches that all people are obliged by God to perform some penance for their sins. The purpose of fasting and abstinence is also to focus spiritually, attain self-discipline, imitate Christ in a sort of performing penance for their sins. Fasting and abstinence are practiced only on certain Holy days and also during the Lent season.

Fasting is when a person limits the amount of food that they intake, this includes taking only one or two small meals during the day as well as refraining from eating snacks. The person observing is usually allowed one full meal during the day, most commonly in the morning, or two small meals, which must be small compared to how much a person normally takes during the non-observing days. The foods are simple in nature and some churches also exclude meat or dairy products. Fasting for a person begins from the day they have attained majoring, mainly 18 in many countries and must continue until the person turns 60, after which he/she are no longer obliged to follow the fasting days. Sick, pregnant and medically unable people are pardoned from having to fast on these days. Fasting must be observed on Ash Wednesday and Good Friday. 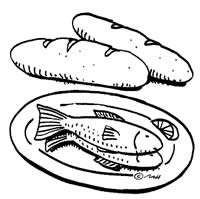 Abstinence is when a person refrains from eating/drinking certain types of food, for example, meat, dairy products, alcohol, smoking, etc. In this the person is allowed to eat all meals, as usual, however, cannot eat certain products. The boycotting of meat popularized fish during these times as those are allowed. Certain countries ask to refrain from using luxuries and lead a more simplistic life, such as simple foods, simple clothes, etc. This is believed to be done due to Christ renouncing materialistic life and leading a simple life. Abstinence is required of Catholics from the age of 14 and up, and can also be followed by sick people or mothers as it does not require giving up food entirely just a few certain things. Catholics are required to abstain on all Fridays of the year unless a solemnity should fall on a Friday. Abstinence is also to be observed on all Fridays of Lent as well as Ash Wednesday and Good Friday. In many countries, some churches allow other acts of penance instead of abstinence on all Fridays, however, all Fridays of Lent must be observed.