Difference between WAP and the Internet

Key difference: The internet is a global system of interconnected computer networks. This is the network that we connect to through our computers and modems. WAP is the Wireless Application Protocol, which is a technical standard for accessing information over a mobile wireless network. This is what we use on our mobiles and smartphones to view web pages, check e-mails and social networking sites. 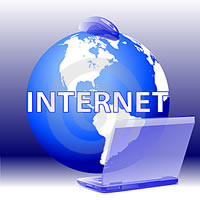 The Internet is a global system of interconnected computer networks. This is the network that we connect to through our computers and modems. WAP is the Wireless Application Protocol, which is a technical standard for accessing information over a mobile wireless network. This is what we use on our mobiles and smartphones to view web pages, check e-mails, and social networking sites.

The Internet uses the standard Internet protocol suite (TCP/IP) to allow us to connect to the net. The Internet is a network that connects the networks of millions of private, public, academic, business, and government, local and global. The Internet has numerous information resources and services, such as the web pages of the World Wide Web (WWW), games, videos, images, e-mail, social networking, etc. It has even spawned new services such as Voice over Internet Protocol (VoIP) and Internet Protocol Television (IPTV). The Internet is currently being used by billions of people worldwide.

The Internet carries information from all streams; traditional, such as newspaper, book and other print publishing; and modern such as blogging and web feeds. It also enabled new forms of human interactions through, instant messaging, e-mail, Internet forums, and social networking. It has gained so much popularity that in fact almost all forms of business communication as well as personal happens online through e-mail, instant messaging and social networking. With phone calls and text messaging (SMS) coming is second.

E-mail and social networking has become a must in today’s world, so much so that our first instinct is to go online in order to get anything done. We get our news, information, stock quotes, and even advice online. However, turning on the computer, connecting to the internet can be time-consuming, especially if you are prone to checking your e-mail, Facebook or Twitter every few minutes. It also restricts you to once place, where the computer is located. So, to bypass this, four companies: Ericsson, Motorola, Nokia, and Unwired Planet (now Phone.com), developed the standard concept of WAP.

WAP stands for Wireless Application Protocol, which is a technical standard for accessing information over a mobile wireless network. It allows mobile devices such as mobile phones to access information on WAP browser, a type of web browser for mobile phones. WAP uses Wireless Markup Language (WML), which includes the Handheld Device Markup Language (HDML) developed by Phone.com. A markup language is a way of adding information to your content that tells the device receiving the content what to do with it. The best known markup language is Hypertext Markup Language (HTML).

Traditional web browsers such as Internet Explorer, Mozilla Firefox, and Apple Safari, allow us to access web pages on the Internet. However, these web pages are huge in data, due to their graphic inter-phase, high image resolution, a lot of text and information, etc. WAP, however, scales this down. It shows WAP pages, which are mainly text based, i.e. less graphics and images, and more text based information.

There are three main reasons why wireless Internet needs the Wireless Application Protocol: transfer speed, size and readability and navigation. As compared to a typical 56 Kbps modem, a cable modem or a DSL connection, mobile phones have much slower data transfer rates. The smaller less graphic and more text based pages are easier and faster to load to these slower data transfer rates.

Furthermore, the size of the screen of the cell phone is much smaller with less resolution then computer monitors. The tradition Web pages are designed for the resolution of a monitor, and hence will not appear properly on a phone screen. WAP pages solve this problem.

Navigation is another problem, as we traditionally scroll down a web page with a mouse and point and clicks using a mouse. However, on mobile phones we use either scroll keys or touch to navigate. WAP pages take this into account in their design, and hence make it easier to navigate, ensuring that you don’t accidentally click on any links.