Difference between Army and Marines 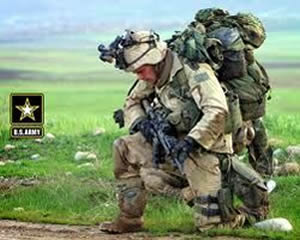 The Army and the Marine Corps are two different parts of a military a country. They are tasked with protecting the country again any and all threats. In the United States, these are two main branches from the five branches that is part of their military: the Army, Air Force, Navy, Marine Corps, and the Coast Guard. These branches are directly answerable to the Department of Defense, run by the Secretary of Defense. In the US, the president is the commander-in-chief of the United States Armed Forces. 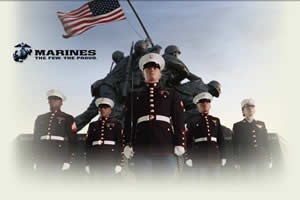 The Navy is armed forces that are responsible for keeping the country’s waters safe from threat. It is mainly designed for naval warfare and keeping waters free from pirates and etc. Naval warfare include anything conducted by surface ships, amphibious ships, submarines, and seaborne aviation, as well as ancillary support, communications, training, and other fields.

The Marines are usually responsible for amphibious warfare. The amphibious warfare is a type of ‘offensive military operation which uses naval ships to project ground and air military power onto a hostile or potentially hostile shore.’ The Marines’ jobs are to enter from the water and to establish a beachhead on the shore. A beachhead is a temporary line of defense which secures an area where their troops can land to begin an onslaught.

Essentially, the Marines are a mobile attack force. Their jobs are to provide tactical advantage for land and sea troops. They set up a basis for the army and navy’s missions to follow. The army, on the other hand, is the country’s primary ground-based military force. It is a vast department with various tasks that are generally aimed at running, managing and winning a war. Marines, generally have missions, which may occur during war, to win a war or to avoid circumstances leading to war. The Marine Corps is usually smaller than the army but is equally important, and in some certain situations may even be more important.