Difference between LPG and CNG

Key difference: The difference between LPG and CNG is what they are composed or consist of. CNG majorly consists of methane gas, whereas LPG has butane, propane and a variety of other chemicals. 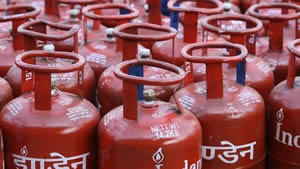 The term LPG stands for ‘Liquefied Petroleum Gas’. LPG is an artificial product. It is a mixture of hydrocarbon gases such as butane and propane, and other chemicals. These gases are collectively called as LPG and are highly flammable.

LPG is prepared by refining petroleum or ‘wet’ natural gas. It is almost entirely derived from fossil fuels and other fuel sources. It is manufactured during the refining of petroleum or crude oil, or it can be extracted from petroleum or natural gas streams as they emerge from the ground. LPG is prepared by properly mixing and blending butane and propane gases in fixed proportions. Due to the blending of different gases, it is considered heavier than air.

LPG has a low boiling point and a low density. It has a powerful odor and can be detected easily. It is called as a ‘clean gas’; it burns with no soot and has low sulfur emulsions. Also being a gas, it does not cause ground or water pollution, but it can cause air pollution.

During transport, LPG is supplied in pressurized steel tanks. Due to its low pressure and density, it liquefies at room temperature and is considered dangerous. It can turn explosive or can be a source of ignition if there are any traces of LPG or it is mixed with other gases in the air. It can also cause suffocation because of its displacing properties in air, which decreases the quantity of oxygen from the air.

Nowadays, LPG is used as an alternative to natural gas for various methods like cooking, motor fuel, refrigeration, etc. It is referred to as ‘Auto Gas’. It has started to replace chlorofluorocarbons in an effort to reduce damage to the ozone layer. 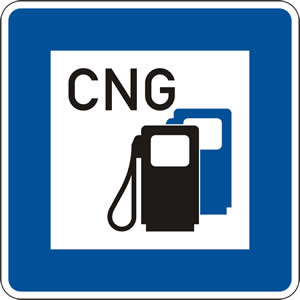 The term CNG is an abbreviation for ‘Compressed Natural Gas’. It is ordinary natural gas. It is majorly composed of methane gas.

CNG is made by compressing natural gas at standard atmospheric pressure. After extraction, it undergoes filtration and then it is pressurized. It can also be used as a fuel after filtration. CNG may be found above oil deposits, or may be collected from landfills or wastewater treatment plants, where it is known as bio-gas. It being a gas, it is light in nature and quickly disperses when released.

CNG has a high density and low pressure. It is non-toxic in nature; its use significantly reduces harmful engine emissions. When burnt completely, it gives out carbon dioxide and water vapor. Being lighter than air, it rises above the ground and disperses into air. CNG is gaseous in state and colorless in nature. The gas in its natural form is odourless, however Ethyl Mercaptan is added as odorant so as to detect its leakage.

CNG is one of the most applicable sources of energy. It competes with other energy sources and easily replaces them for a greater impact on the environment. It is stored and distributed in hard containers which are cylindrical or spherical in shape.

CNG is the traditional fuel or gasoline used for combusting engine automobiles. It is widely and popularly used as it has many advantages. The cost and placement of fuel storage tanks is easier and cheap. CNG-powered vehicles have lower maintenance costs. The fuel systems are sealed, which helps in preventing fuel losses from spills or evaporation.

Comparison between LPG and CNG: