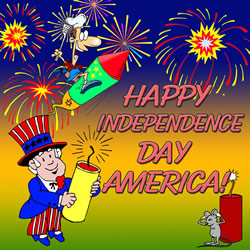 Independency Day and Republic day are two separate events that denote two special days in some countries. These days are commonly declared as a holiday and celebrated with fireworks and hoisting the country’s flags. Not all countries have a special independence day or a republic day, with some countries only celebrating one. These two days often cause confusion as both days are celebrated similarly and results in people using these terms interchangeably. However, these two days commemorate two different events in the history of the country.

Independence Day is a day that celebrates the date on which a country received freedom. For a country to be declared independent or free, it must be under some kind of foreign rule or oppression. For example: India received freedom from British rule on 15 August 1947. The USA received it’s independence on 4 July 1776. Independence Day is a day to honor the long fight that is associated with freeing a country and also commemorate the lives that have been lost during this fight. Similar to Independence, other countries that have never been under foreign rule celebrate National Day. National day celebrates the making of a nationhood of a nation or non-sovereign country. 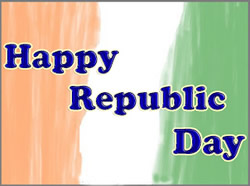 Republic Day is a day celebrated in many countries as the day they were declared republics. Republic is a form of government is which the affairs of the state are a public matter and not that of rulers. In a republic, public offices are appointed or elected rather than inherited by being passed on. In many countries, Republic Day is celebrated to mark the occasion when a constitution was adopted and put into force. This is most commonly seen in India, which celebrates the adoption of the constitution on 26 January 1951. While some countries count this day as a national holiday, others have a normal working day.

the adoption of Indian Constitution was 26th November 1949 and (its effect) celebrated on 26th January 1950.