Difference between Jewish and Hebrew 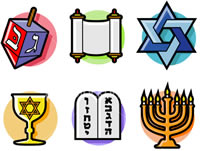 The Jewish people are the Jews, a nation and an ethno-religious group. An ethno-religious group is an ethnic group of people whose members are also unified by a common religious background. They are descended from the Israelites or Hebrews. Their ancestry can be traced back to the Biblical patriarchs Abraham, Isaac and Jacob. Judaism is the traditional faith of the Jewish nation. The term, ‘Jewish’ can be used to refer to the people’s ethnicity, nationality, and religion.

However, not all the followers of Judaism are of the Jewish people. The term, ‘Jew’ originated from the Middle English ‘Gyw’, which in turn originated from the Old French giu, earlier juieu, and ultimately from Latin Iudaeum. The Latin Iudaeus essentially means Judaean, ‘from the land of Judaea’. Hence, the term ‘Jew’ refers to the people from the land of Judaea. A Jew is a member of the tribe of Judah or the people of the kingdom of Judah. Judah, the name of both the tribe and kingdom is derived from Judah, the fourth son of Jacob. Jacob was the grandson of Abraham. 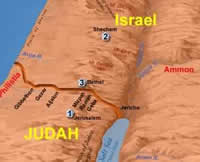 Hebrew is another term which is often used to describe Jews; however the term actually refers to the descendents of Eber. Abraham was a Hebrew, and hence all of his descendants are also technically Hebrews, but the term is reserved for those who are Israelites. Israelites are the descendents of Abraham through his grandson Israel (originally named Jacob). Israel was the name God gave to Jacob when he wrestled with an angel to get a blessing. The name means ‘Wrestles with God.’ Again, Hebrews may or may not be avid followers of Judaism.

The origin of the term, ‘Hebrew’, is uncertain however, it is believed to have been originated from the biblical word ‘Ivri’, which means to traverse or pass over. The plural of ‘Ivri’ is ‘Ivrim’, or ‘Ibrim’, which in Old French is ‘Ebreu’ and is rendered in English as Hebrew from the ancient Greek and Latin Hebraeus.

Hebrew is also the name of the language which is a member of the larger group of Canaanite languages within Northwest Semitic. The language has been known as ‘Hebrew’ in English since the 11th century.

During the Roman period, ‘Hebrews’ could be used to designate the Jews. Some modern languages, including Armenian, Greek, Italian, Romanian, and many Slavic languages, the name for Hebrews and Jews is the same. However, in languages where both the terms exist it is considered derogatory and rude to call modern Jews ‘Hebrews’.

Not all Jews find being called a Hebrew to be derogatory. Some of us prefer Hebrew to Jew-ish.

Read the Torah it will elaborate for you. - Be Blessed.

Hey Tony, Thank you for your input. The corrections have been made.

But that wasnt via Sarah. Ishmael's mother was Hagar