Key Difference: Facebook and Myspace, both are social networking websites. Facebook has many features available for a user. Myspace also has good features, but is not as popular as Facebook. 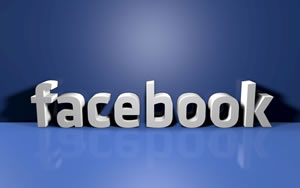 Facebook is the largest social networking website. It is a website which enables a user to connect with other users online. Facebook was founded in February 2004 by Mark Zuckerberg and some of his college friends. Facebook is a widely used website by over 1 billion active users. It is a very popular website that is being used by the entire world, except of few counties. Facebook has given people a new platform to socialize with others in many different ways.

It is a website that enables a user to share photos, videos, posts, etc. It also has features like, exchange messages, add personal profile, add other users as ‘Friends’ and automatic notification service when other users update their profile. Moreover, users can join communities of common interest known as ‘Groups’. Facebook has Online Chat feature that allows online users to chat. Facebook further added Voice Calls and Video Calling features.

Facebook has a ‘Comment’ button on it so that users can express their views for any picture, video or status. It further gives a ‘Like’ button which allows users to like a particular photo, video or comment. It is another way for a user to express that he/her likes, supports or enjoys a certain photo or comment. A user can search his/her friends on Facebook and add them onto their ‘Friends List’. This is a very good feature by which the user who has lost contact with others can connect with them on Facebook. 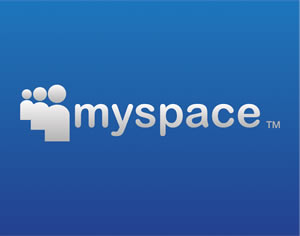 Myspace is a social networking website that has a strong emphasis on music. It is owned by Specific Media LLC and pop music singer and actor Justin Timberlake. It was launched in August 2013 and headquartered in Beverly Hills, California. In June 2012, Myspace had 25 million unique U.S. visitors. Myspace was the most visited social networking website in the world from 2005 to early 2008. However, in April 2008, Myspace was surpassed by Facebook in the number of unique worldwide visitors. In 2009, Myspace was surpassed in the U.S. by Facebook in the count of unique visitors. As of June 2013, Myspace was ranked 303 by total web traffic and 223 in the United States. Since 2008, there has been a significant fall in the number of users, employees and profits of Myspace.

Myspace provides a "bulletin board" for everyone to post bulletins on a user’s friend list. It is useful for contacting the entire friend list rather than messaging them individually. Like Facebook, Myspace also had a ‘Groups’ feature that allowed a group of users to share a common page and interest. However, in November 2010, this feature was removed. Myspace also provides Myspace IM; an instant messenger.

Myspace profiles for musicians in the website's Myspace Music section, differs from normal profiles in allowing artists to upload their entire discographies consisting of MP3 songs. Unsigned musicians can use Myspace to post and sell music using SNOCAP, which proved popular among Myspace users. In September 2012, a new redesign was announced (but no date given) making Myspace more visual and apparently optimized for tablets. Myspace is available on the Apple App Store; and soon will be launched for Android. There were many more features, but many features have since been discontinued.