Difference between Dedicated and Cloud Server

With the power of the internet, it has become a lot easier to each out to people and for any business to survive they have to create an online presence. For this, they are faced with the question of servers, which server should they select –dedicated or cloud. What is even the difference between the two? Dedicated and cloud servers are two server options that are available to anyone looking to host a site.

Dedicated servers are servers that work and store data in real-time environment. Many companies opt for dedicated servers as it allows them faster access to their information and also to create the servers according to their needs. Dedicated servers can be bought or leased and require set up in a room. It is the traditional route of hosting data.

These servers provide the company with the utmost security as the company is the only one with the access to the servers and they are harder to hack. It is also faster in terms of storing and accessing data. They also offer full control of your data management.

Cloud hosting became popular when Google and Apple decided to shift much of their systems online. This type of hosting is actually a virtual real-time environment that is hosted by multiple connected servers all at once. It’s a fairly new concept, but is quickly gaining popularity because of it many advantages. 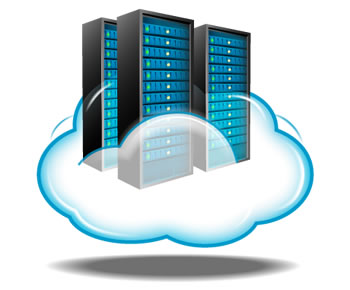 Cloud hosting is quick and easy to set up, without requiring a large number of database systems to be installed. A few clicks and set up is done. It is also easy to change your plan and upgrade or downgrade with another few clicks. Additionally, information that is on the cloud servers are accessible from anywhere, even on the go from your phones. Cloud servers are also cheap as one only has to pay for the amount of space they acquire.

Comparison between Dedicated and Cloud Server: