Difference Between Concern and Worry

Key Difference: Concern motivates to help others with goal of solving it or to minimize the issue. Whereas, Worry is something which stems from negative thoughts about future with assumptions that is driven by fear and anguish. This fear than creates an emotional disturbance and there is no peace of mind.

The word 'Concern' is a Noun, which refers to some 'thing' which is important to someone or somehow has a great deal of influence or affect on that person. Concern is when you understand and recognize there is some 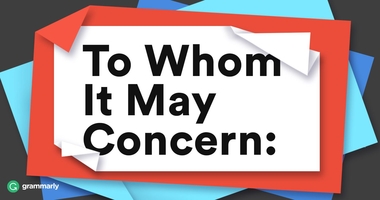 ​problem. It is like being alerted that something is wrong. The origin of the word is borrowed from Middle French concerner, from Medieval Latin concerno , concernere meaning to distinguish or to have respect to. From Latin concerno which means  mixing, sifting, or mingling together as in an sieve.

To be concerned about something, is a natural state of caring whether something of great importance will go well or not. The concern stage generally observes a calmness or is level-headed being mature and relaxed about the situation regardless the pressure the person is under. Concern embodies embracing the proper mindset for caring about important issues, decisions or events by taking proper steps to create effective resolutions and monitoring the results. Concern fuels energy and ushers in emotional intelligence. Concern is regarded as a solution-oriented and a healthy state, which conveys the positive aspect of focusing on a potential problem with the intent to solve it in a beneficial way. Concern is generally focused for other people, motivating to help them with the intention to solve the problem before it escalates. Concern implies or forms an anxious sense of interest or in a responsibility of something, which can be having concern over a friend's misfortune. It is an expression of solicitude, anxiety or compassion toward a thing or a person. Concern is generally based on facts, information, present or past and thus has a basis to actually the justify the constant reassessment of something you have been thinking about. Concern is more about the immediacy of the matters at hand, where one's focus is more about the present situation. It is more grounded in reality than assumptions of the future.

Worry refers to images, thoughts and emotions of negative nature in repetition, which results from pro-active cognitive risk analysis made to avoid or solve potential threats and consequences. It is described as a response to 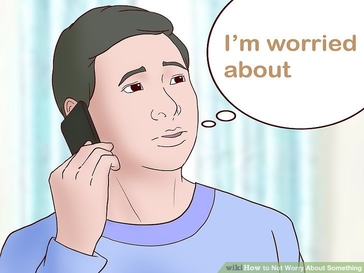 moderate challenge with inadequate skills. The origin of this verb comes from Old English wyrgan meaning to strangle and the oldest sense was obsolete in English meaning annoy or bother first recorded in 1670's. Worry is defined as the following:

Worry is detrimental emotional state of mind results in going round the problem in futile circles. Worry is based on assumptions of the near-by future and future in general with no practical thinking or reality. Worrying causes emotional turmoil and disturbs the peace of the mind leading to nervous breakdown. Worries tend to be more about the bigger picture of the future or of global issues. Worry has irrational fear or thoughts about stuff that is further off into the future leading to anxiety that can also interfere with your normal functioning. It is cyclic process of rumination moving in circular patterns like pushing the cork deeper into the bottle rather than removing it and enjoying. Worry drains the energy invites stress. Worry is generally self-centered which is driven mostly by fear. Most of the times it does not have goal and faith is overpowered by doubt. The person loses sense and is motivated by fear and no longer concerned with well-being of others. Worry is seen as a form of a concern when the result is beyond someone's control. Worrying is to thinking about things that might happen or might have happened and therefore feeling unhappy and afraid. So don't worry about being concerned; but be concerned about worrying!!

Comparison between Concern and Worry: