Difference between Yahoo and Google 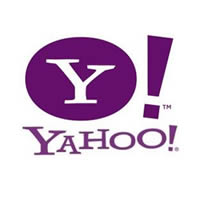 Yahoo and Google are two multinational corporation that provide Internet-related products and services. However, the companies differ in some aspects regarding their webpages, search engines and their products overall.

Similarly, Google Inc. is also an American multinational internet corporation. It is based in Mountain View, California. Larry Page and Sergey Brin founded the company in September 1998. Services provided by Google include internet search, cloud computing, software and advertising technologies.

Since its inception, Google’s mission statement has been “to organize the world's information and make it universally accessible and useful.” The company is still forging ahead in order to fulfill its mission statement, while trying to keep true to its unofficial slogan, “Don't be evil.”

Google also leads the development of the Android mobile operating system, as well as the Google Chrome OS browser-only operating system. Furthermore, Google has also launched the Nexus series of smartphones in partnership with major electronics manufacturers, as well as has acquired Motorola Mobility in May 2012. Google has also constructed a fiber-optic infrastructure in Kansas City as part of the Google Fiber broadband Internet service project. Hence, it can be said that Google has a wider scope than Yahoo!.

According to industry estimates, Google currently runs over one million servers in data centers around the world and processes over one billion search requests and about twenty-four petabytes of user-generated data every day. This is no small feat. While, Yahoo claims that it attracts "more than half a billion consumers every month in more than 30 languages."

Google is currently the software industry’s golden child. It has rapidly grown since it was first started and is currently the most visited website in the world. According to the Alexa traffic rank of November 2012, Google.com ranked No. 1 on the list of "top websites", whereas Yahoo.com, listed No. 4.

However, Google’s main source of revenue, which makes almost all of the company's profits, is advertising, mainly through Google’s AdWords. Similar to Yahoo, which also generates most of its profits from advertising.

Also, both the company’s core products were its Search Engine. Google’s still is. Google’s search engine makes heavy use of link popularity as a primary way to rank web sites. Sites listed higher on in the Google’s web search are listed that way because users across the internet have in essence voted sites as good by linking to them. This allows the user to find sites that have been deemed as relevant by other users. Due to this method, Google has been highly praised for providing users with sites relevant to them.