Difference between Gypsum and Lime

Key difference: Gypsum is a very soft mineral composed of calcium sulfate dehydrate. Limestone is a type of sedimentary rock. 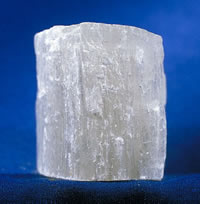 Gypsum is a very soft mineral composed of calcium sulfate dehydrate. It has the chemical formula of CaSO4·2H2O. It is mainly deposited from lake and sea water, as well as in hot springs, from volcanic vapors, and sulfate solutions in veins in sedimentary rocks.

Limestone is a type of sedimentary rock. It is made up of calcium carbonate and has the chemical formula of CaCO3. Like most other sedimentary rocks, limestone is composed of grains, which are actually the skeletal fragments of marine organisms. These organisms secrete shells made of aragonite or calcite, and leave these shells behind after the organisms die. The water then erodes these shells and the particles join together to form the grains. Limestone also often contains varying amounts of clay, silt and sand which are carried in by the rivers. 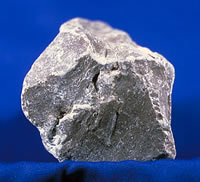 Both gypsum and limestone are used in different types of construction, suiting properties of each substance. They have also been used in sculpture, as gypsum is powdered gypsum, called alabaster, is quite moldable when mixed with water, whereas, limestone has the ability to be carved with ease, as compared to other rocks. Both gypsum and limestone are also used as a fertilizer, gypsum is almost pH neutral and lime has high pH, so it can be used to soil less acidic.

Gypsum and limestone have various other uses, which can be noted below, in addition to their various different properties.