Difference between SMS and MMS

In addition to phone calls, there are various other ways to communicate using a phone, SMS, MMS, IM, etc. SMS and MMS are two forms that require a person to send data from one phone to another without having to place a call to the other person. The other person can see the message at his/her leisure and reply when they can.

SMS or Short Message Service is a service that allows users to exchange text messages with a specific number or a fixed line. SMS was developed as a free add-on on the regular cellular service, and was meant to be an alternative to calling. However, as popularity increased, service providers began to charge a fee per SMS. Also, it costs more to send an SMS to a person out of the country.

The advantage of an SMS is that one can leave an SMS for a person who is unavailable at the time to talk to on the phone. The other person can then check the SMS and reply or call back. However, the disadvantage is that the SMS is limited to 160 characters per message. Users have since come up with ways to shorten words by use of acronyms and abbreviations. This method of shortening words has since been known as ‘SMS language’.

SMS has also gotten popular as an advertising tool. Companies send alerts and ads to people via an SMS. For a small fee, or sometimes even free, users can also subscribe to receive stock quotes, news, financial news, sports news, and weather alerts via an SMS. 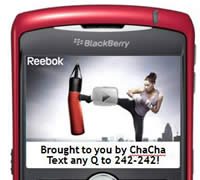 MMS or Multimedia Messaging Service is type of SMS, which allows users to incorporate multimedia such as images, video, ringtone as well as text into a message and send them to a fixed line. MMS was initially developed as a captive technology that would allow service providers to "collect a fee every time anyone snaps a photo." However, the early MMS deployments resulted in a lot of technical issues.

The main difference between SMS and MMS is that MMS allows the users to transmit text, images, videos, audio files, etc. All of these can also be sent simultaneously or separately. Also, in an MMS, instead of the 160 characters limit, the user can send up to 1000 characters. The down side of MMS includes that the user would require a high-end phone that supports MMS capability, though these days almost all phones support this ability. MMS is also more expensive compared to SMS, while SMS plans are applicable with any package on any carrier. MMS plans a bit expensive and are not attached with phone plans and require users to take a separate plan. Also, at that time a new feature for MMS was the emoticons which would show up in small facial images, where as in SMS these would have to be manually typed out such as ‘:-)’. This feature was later added to the SMS and users can now send these emoticons, while in SMS you can send more detailed and advanced animations and images.