Difference between Golden Globes and Oscars

Key Difference: The Golden Globes Award is an honor that is awarded to a winner by 93 members of the Hollywood Foreign Press Association (HFPA) for films and television. The Oscars are an accolade that is given annually by the Academy of Motion Picture Arts and Sciences for recognizing excellence in films.

Golden Globes and Oscars are two of the many different types of awards that are the dream of any cast and crew of a movie. The movies, shows, documentaries, etc. that we watch in theatres or in televisions are the hard work of many people. Just like awarding the best in any other field, these awards were created to honor the work of the cast and crew on worked so hard to provide us with entertainment. 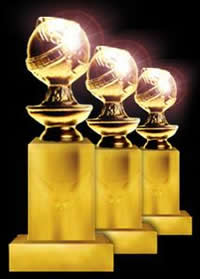 The Golden Globes Award is an honor that is awarded to a winner by 93 members of the Hollywood Foreign Press Association (HFPA) that recognizes excellence in film and television in both the United States as well as other countries. The annual ceremony and dinner are a major part of the awards, where the winners are announced. The Golden Globes often take place in January of each year. The 1st Golden Globe Award was held in January 1944 and it honored the best film and television, including cast and crew.  Currently, the Golden Globe has 25 categories; 14 in motion pictures and 11 in television.

The Oscars are an accolade that is given annually for recognizing excellence in films. The Oscars are more formally known as The Academy Awards because it is organized and overseen by Academy of Motion Picture Arts and Sciences (AMPAS). The winners are also selected by the Academy and the awards are often given at a formal ceremony. The AMPAS was originally established by Metro-Goldwyn-Mayer studio executive Louis B. Mayer. The first award ceremony was held 1929 and fifteen statuettes were awarded during that ceremony. Currently, the Academy Awards has more than a dozen categories and also includes various different types of film. The Academy Awards take place in February of each year. 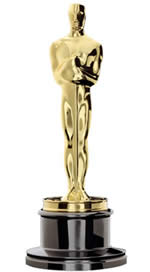 Since both awards are used to honor excellence for film, these are often confusing to people who do not actively keep up with the glamorous world of entertainment. One major difference between the two is Golden Globes also awards television, while the Oscars only focus on cinema. The winners of the Golden Globes are selected by a small group of 93 members that are part of Hollywood Foreign Press Association (HFPA), while the Oscars winners are selected by approximately 60,000 industry professionals that are part of the Academy of Motion Picture Arts and Sciences (AMPAS). The Globes are also a bigger affair compared to the Oscars, where food and drinks are served, while the Oscars often just have the awards with the rest of the partying happening in the after party. Lastly, the Golden Globes also has more categories compared to the Oscars. However, the Oscars have a separate category for writer(s), original music score, cinematography and screenplay.

Golden Globes and the Oscars are two different types of awards. For many artists, it is a dream to win at least one or even both of these accolades.

A pretty good comparison.-thank you.