Difference between Kindle and Kindle Touch

Kindle and Kindle touch are e-book readers, designed and marketed by Amazon. In both the e-readers, the difference is between touch and many other features. Let us understand both the e-readers in the following context.

Amazon has released various series of Kindle e-book readers, which was mainly designed and marketed by Amazon. The Kindle e-book readers use e-ink screens, which imitate the look of paper closely. It was first released on November 19, 2007. The word Kindle was taken from the context of ‘kindling a fire’. 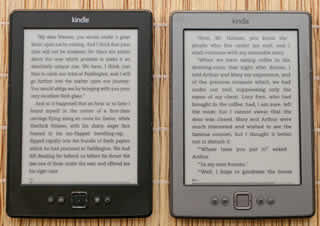 Kindle has published different ranges of e-book reader for different readers. Models range from a basic reader to touch screen, and illuminated models for reading under the covers. Kindle, Kindle Paperwhite, Kindle Paperwhite 3G, and Kindle Keyboard are e-readers, which feature the electronic paper technology. 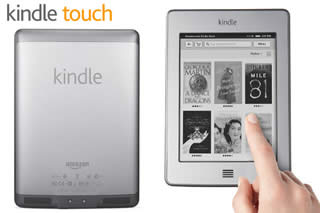 Kindle Touch, the name itself implies that Amazon has released the touch screen e-book reader. It was released on the date September 28, 2008. The well-advanced Kindle Touch was provided with Wi-Fi or 3G connectivity, which was very greatly in progress. Kindle Touch is the most advanced 6” e-ink multi-touch screen. Like its ancestor (predecessor), the capacity is of 4G and battery life lasts for two months.

Kindle Touch is more flexible as compared to basic Kindle e-book readers, as it lets readers read easily with one hand. One can easily download up to 3,000 books; and the X-Ray feature in it will let one look up characters, historical figures, and interesting phrases.

Comparison between Kindle and Kindle Touch: