Difference between Clay and Sand

Key difference: Clay and Sand differ in their particle size. The clay is a stiff, sticky fine-grained earth, whereas sand is a loose granular substance.

In simple terms, clay is a special kind of earth which is made by the decomposition of rocks through the action of weathering. It is found everywhere and has numerous uses and applications. It is a combination of clay minerals, which consists of the traces of metal-oxides and organic matters. It is formed by many natural activities, which includes gradual chemical weathering of rocks, hydrothermal activities, and the secondary sedimentary deposition process, caused due to the erosion and transportation from the original location of formation. 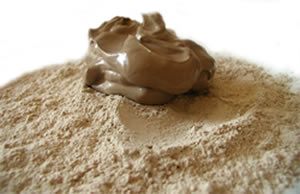 Clay is also known as primary clay (also known as kaolin), which are located at the site of formation, and secondary clay, which are the deposits moved by erosion and water from the primary location. It includes many solvents, which are generally acidic, and migrate due to the weathering of rocks, after leaching off the weathered upper layers.

They exhibit plasticity when mixed with water and becomes firm and hard on drying, due to these properties, clay are used in many applications. In modern era, it has gained importance in the field of construction, industries, crockery and pot making, medicinal cosmetics, etc. The changes and reactions occurred in the clay causes them to get converted into ceramic materials.

Sand mainly composes of silica. In terms of particle size according to the geologists, sand particles range in diameter from 0.0625 mm (or 1⁄16 mm) to 2 mm. An individual particle in this range size is termed as a sand grain. 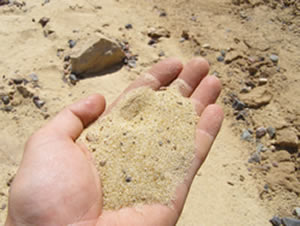 It is a naturally occurring granular material composed of finely divided rock and mineral particles. The other main composition of sand consists of the calcium carbonate, which is formed by corals and shellfish around billions of years ago. It is dead fossils which have been compressed for many years.

The formation of sand depends on the type of the rock texture, and local area specification, hence it varies differently everywhere. There are numerous varieties of sand available on the earth. It is simply, made of tiny particles of worn-down rock, which are picked up by the wind, water or the ice in glaciers and left as sediment in the ocean or as sand dunes on land. Unlike clay, even sand is used for construction, industries, filtration and coloring purposes.

Comparison between Clay and Sand: