Difference between Flirt and Love

Key Difference: Flirt is a playful behavior in which a person acts amorously with the other person, giving the impression that he is interested in the person. On the other hand, love is a feeling of passionate affection that resides deep in the heart.

Flirt and love are often used, and sometimes it can be difficult to differentiate between the two. Therefore, in this article, we will understand the basic attributes of each, which will help us to differentiate the two. 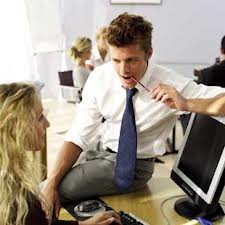 Flirt is generally a favorite word of youngsters. However, it does not mean that it is restricted to a certain age group. One can flirt at any age. It is often used to indicate a joyful act between a boy and a girl. A flirt is an act in which a person tends to show interest in the other, without any serious intentions. Flirt is basically related to the fun. Sometimes, the other person confuses it with love and thus, gets deeply hurt. Hence, flirt needs to be confined to certain limits.

Various techniques and charming activities are used by a flirter in order to get the attention of the person with whom he wants to flirt. However, it depends upon the flirter that what techniques he uses to flirt. Flirting may consist of stylized gestures, language, body language, postures, and physiologic signs which can be regarded as a signal of flirting. Some tips can help girls to avoid flirters if they are not interested in engaging their time with any flirters.

Flirting is also considered an art, as many people try to flirt around, but only a few are able to raise the interest of the other. At times, flirting can also lead to love. Recognizing a flirter can be difficult, as most of the times flirters pretend to be in love. In some societies, flirting is often associated with sexual interest. It depends upon the flirter, that what kind and what level of entertainment and fun, he wants to obtain from the act. See the difference between love and Infatuation.

Flirting that is advanced from both the sides just for the sake of little fun, or light-hearted flirting is regarded as an entertainment act, and thus, has no serious consequences. 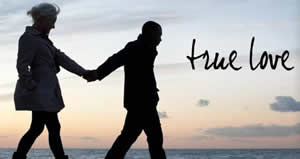 Both the persons involved in the act enjoy it. However, flirting for sexual interest may lead to emotional trauma if things really get worse.

On the other hand, love is associated with true affectionate feelings. One can love any person or anything, with whom he feels deeply connected. Love is expressed in the form of care and support. The love between the couples is mostly contrasted with flirting. Love defines a feeling of intent on long-lasting relationships.

Love has no ingredient of selfishness, and the happiness of the lover seems to be the only priority of life. For couples in love, generally, the attraction is headed towards love. People in love are serious about spending their lives together. Flirting is often triggered by external beauty, whereas love is often associated with the overall personality and feelings of a person. Flirting is generally short-lived and the attention can be diverted to the other person in no time, whereas love is eternal.

See: The difference between loving and being in love