Difference between Devotion and Love

Key difference: Love is defined as the intense feeling of affection, warmth, fondness, and regard towards a person or a thing. Devotion is defined as a strong feeling of love or loyalty. It is being loyal to a cause or duty. 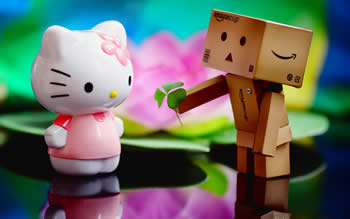 Love is usually explained as an intense feeling or emotion of deep affection, attachment, and devotion. It is considered to be one of those unexplainable things that are best experienced rather than explained. It is defined as very deep and long-spanning. This is a feeling of fondness and commitment. See the difference between a lover and a beloved.

Love can also refer to the emotions of powerful attraction, personal commitment, and sacrifice. Attachment or affection in love is not limited just to human beings; it is also for other entities like animals, things, and ideas. Also, an attachment can result in a very powerful connection and a bond between two entities. Love is considered to exist in many forms and can be manifested in many ways. Forms of love include non-romantic, unconditional, and romantic love. Manifestations of love can vary from simple to grand gestures done by a person for another. Love is focused on the growth, improvement, and comfort of the person who is the entity of love. It requires discipline and commitment. It inspires the positive emotions of joy, peace, serenity, and friendship.

Love, here, is not just a term used by people for their girlfriends or boyfriends. It may also refer to other people in one's life such as parents, siblings, best friends, mentors, etc. According to Eastern traditions of philosophy, love for an individual can translate into a universal love for all mankind and a higher love for god. It leads to spirituality and positive forces.

Also read: The difference between love and obsession 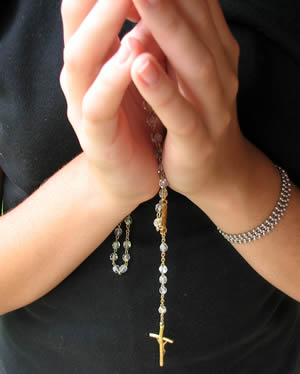 Devotion etymologically means profound dedication, consecration, earnest attachment to a cause or to a person. Devotion often denotes religious observance or worship, a form of prayer or worship for special use. It is often selfless affection and dedication to a person or principle. In most cases, devotion is often related towards God or a deity. It is a religious act or observance by a person, especially when alone. It also means a commitment or dedication to some purpose. When a person is said to be devoted to his work, it means that he may do everything in his power to accomplish the task given in his hand.

A devotee does not think in terms of his own well-being. It is only the one who can look beyond his own well-being that can be called a devotee. You cannot cultivate devotion. Cultivated devotion is considered as deception. When you are overwhelmed by something, you will naturally be devoted to it. It takes the experience for devotion to be natural. When you plant a rose plant, you don't try to get a flower out of it immediately. You just nurture it. When it is sufficiently nurtured, it will blossom forth. Devotion is like that flower. It is not something that you can try to do. Devotion is devoid of you. When you become an agent for life, you become an expression of devotion. No one has ever achieved anything of significance in any sphere of life without being devoted to what he is doing. Devotion is not only the sweetest way to be but also the most intelligent way to be, as a devotee effortlessly perceives what one of intellect will struggle with for a lifetime.

However, the entities, love, and devotion cannot be present without each other. When in a relationship, a person is completely devoted to the one they are in love with. It is said that ‘love is devotion and devotion is love’.

Also see: Difference between loving and being in love

Difference between Devotion and Love: