Difference between Lay and Lie

Key difference: The main difference between lay and lie is that lay is a regular verb, whereas lie is an irregular verb.

'Lay' and 'Lie' are two verbs that are often confused due to the similarity in their meanings. However, they are different and used differently in languages. 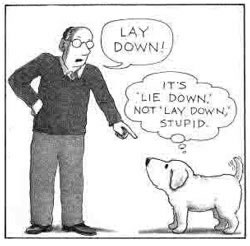 According to Collins Dictionary.com, the term ‘lie’ is defined as:

Lie is a verb of a different nature. It is a verb that often simply means that a thing remains in a state. Lie is often used without an object. Some examples would be:

In general, the sense of resting or relying is common and similar to the definitions of lie. However, the verb lie can also be contextually and conceptually used. For example:

In the above example, the verb is used in the context of weight; as the weight of the knowledge lies on the mind. However, there is also a completely different usage of the term ‘lie’ which is not related to the term ‘lay’. The term ‘to lie’ is an action of, or to provide a statement that isn’t true with the intention of deceit.  Despite its unrelated nature, it is also commonly used. 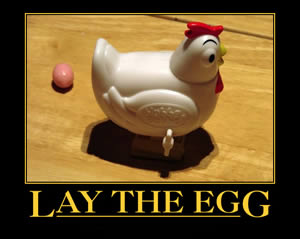 According to Collins Dictionary.com, the term ‘lay’ is defined as:

The word ‘Lay’ has many definitions, including its use in idioms. It is generally used as a verb. It also has an external quality. It is usually referred to an action, that is performed on a thing or object. For example:

Here, the action of ‘laying the keys on the table’ takes place and ‘key’ and ‘you’ being the direct objects. However, in some cases, there might be no object, but these cases may require a knowledge which assumes the place of an object. For example:

Here, it is assumed and implied that the chicken lays ‘eggs’. Also the knowledge of the same fact, that ‘chicken lay eggs’ was used as an object.  According to the definition, the reference to 'putting or placing this' might be considered as a stereotypical action verb.

Comparison between Lay and Lie: