Difference between Tiger, Panther and Leopard 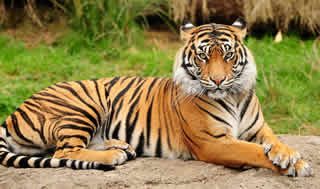 The Tiger is one of the most beautiful creature and is largest of all the big cats. Tigers are found in a variety of habitats in South and East Asia. They are solitary animals and mark their territories with urine, secretions from their anal glands, faeces and scratch marks. Tigers are strong swimmers, and often soak in steams and pools of water to cool off. The whole species is endangered throughout its range. A tiger’s diet consists of large to medium sized animals such as Sambar, chital, barasingha, wild boar, gaur, nilgai and both water buffalo and domestic buffalo, deer, moose, sloth bears, crocodiles, etc. Tigers prefer to hunt at night and the stripes work as camouflages. Tigers have no natural predators, only humans prey upon them. 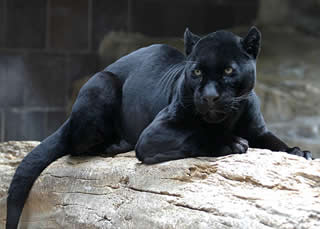 The Panther is possibly one of the most aggressive and most feared animals in the world. The Panther is also known as the Black Panther. Panthera is a genus in the Felidae family that consists of the tiger, the lion, the jaguar, and the leopard as species. Only four of the Panthera cat species have the ability to roar. Black panthers are most commonly melanistic variations of jaguars, leopards, and very rare black tigers. Black panthers are most commonly found in southwestern China, Myanmar, Assam and Nepal, Travancore and other parts of southern India. In Jaguars, the melanism gene is dominant and black jaguars may produce either black or spotted cubs. 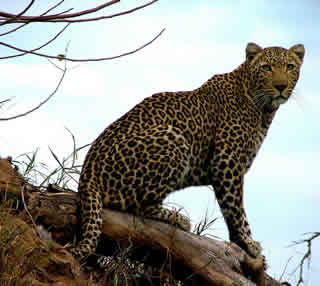 The Leopard is the smallest of the big cats. They are often confused with two other spotted cats, cheetahs and jaguars, but the fact is that the patterns of spots in each species are different. Leopards can run up to 60 kilometers (37 miles) per hour, but will not chase prey for long distances. Leopards are physically powerful swimmers and very much at home in the water, where they sometimes eat fish or crabs. Leopards are mainly found in Africa, India, Pakistan, Sri Lanka, China, and Malaysia. They are experts at climbing up and down trees, often descending headfirst. Leopards are famous for their ability to go undetected because of their spotted coloration.

Comparison between Tiger, Panther and Leopard: