Difference between Windows XP and Vista

Key difference: Windows Vista is the newer operating system by Microsoft. It is meant to be more time saving and user friendly than XP. Vista requires more hardware support than XP.

Windows XP and Vista are both operating systems by Microsoft. XP backdates Vista by about 6 years. XP was heralded as reliable and user friendly. By the time, Vista was launched, majority of the public was used to XP, and some were even hesitant to switch to Vista. Even though the number of Vista users surpassed Microsoft expectations, they did not surpass the number of XP users. 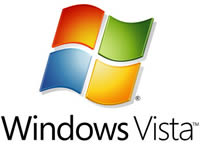 Most people prefer XP, over Vista, claiming that is it much more user friendly and efficient that Vista. They also criticize Vista for have additional hardware requirements that XP. Microsoft included a number of additional upgrades and features in Vista (refer table), some of which users claimed impeded usage instead of enhancing it, e.g. the User Account Control (UAC). The UAC, meant to block software from silently gaining administrator privileges without the user's knowledge, has been criticized for generating prompts at every turn possible, even at basic commands such moving something in the Start Menu.

All in all, Vista failed to persuade users to shift from XP, with many users even skipping Vista entirely and waiting for the next thing to come along. Please refer table for additional differences in Vista and XP requirements, features and criticisms.