Difference between Hill and Mountain 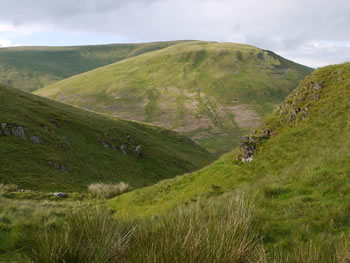 The Earth’s surface is covered with many different terrains, with some higher than the others and with different characteristics. What are these different landforms? Earth has multiple landforms such as mounds, hills, mountains, volcanos, valleys and many more. The first four have one thing that is common – it is higher than the land surrounding it. So, what is the difference between hills and mountains?

Many experts claim that height is one of the most important thing that differentiates the two. However, according to the U.S. Geological Survey, there is actually no official difference between the two. There is also no universal definition between the two. A lot of countries differentiate using the height, with any landform that exceeds 2,000 feet is considered a mountain and below 2,000 feet is considered as hill.

There are other smaller differences between the two as well, such as formation, elevation, civilization, etc. Hills are most commonly formed by erosion of the land by glaciers and water. Glaciers that melted resulted in eroding of the land or depositing sediment from one place to another until it formed a mound with the nearby areas being relatively lower compared to the elevated piece of land. However, mountains were not formed in this manner. Mountains are a creation of the shifting of tectonic plates and volcanism. 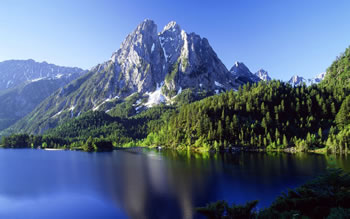 Mountains are higher in terms of elevation and have relatively colder climates compared to hills. The higher elevation also results in different plants and animals that reside on the higher areas of the mountains. Hills usually have the animals and plants that are found in the surrounding areas of that particular hill. Hills can be man-made, but those are referred to as mounds, while mountains are made by natural phenomena.

Lastly, hills usually do and can have civilizations that are built on the hill’s summit. These are usually to provide them with a good view of invaders. Ancient Rome was built on the city’s seven hills to provide it with better protection. Mountains cannot sustain civilizations at the higher peaks because of its steepness and also because of the elevated temperatures and lack of oxygen.

Hills can be climbed as a hiking venture, but mountains can only be climbed by the adventurous that seek to reach greater heights of a mountain.

Comparison between Hill and Mountain:

Hello, I love your article, But you made mistake here, The highest mountain Mt. Everest is in Nepal Not in India.One face of it lies In the Chinese side. There is no even touch with india. How can you make such a mistake??

That helped so much thank you

Hi Ashish, you are right! The error has been fixed. Thank you for pointing it out.

thank u for sharing information with us