Difference between Threatened and Endangered Species

Key Difference: Threatened species are any species that is facing the danger of being vulnerable to endangerment in the near future. Endangered species is a sub-category of the threatened category in the IUCN’s Red list. Endangered species is the population of organisms (animals, plants, birds, etc) that are facing a high risk of becoming extinct due to their dwindling numbers.

The ever-changing nature of the Earth has been constantly demanding animals and plants to adapt or to go extinct. The rate of extinction has been on a constant rise due to the detrimental anthropogenic activities happening to the Earth’s atmosphere. Due to the constant rise of such activities and growing effects of global warming, a lot of animals and plans have been on the verge of extinction. The International Union for Conservation of Nature (IUCN) has become dedicated to finding "pragmatic solutions to our most pressing environment and development challenges." The IUCN has issued a Red List, which lists the conservation status of biological species. The categories on the Red List are as follows: Least concern, Threatened and Extinct. 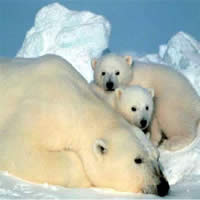 Threatened species are any species that is facing the danger of being vulnerable to endangerment in the near future. The United State’s Endangered Species Act defines ‘threatened’ as "any species which is likely to become an endangered species within the foreseeable future throughout all or a significant portion of its range.”

The IUCN has divided the threatened category into three sub-categories: vulnerable species, endangered species and critically endangered species. Poaching, heavy harvesting, hunting, deforestation and destruction of habitats have been cited as the main reasons for living organisms becoming threatened. The first sub-category is vulnerable, which means that the species still has significant numbers, but the strength of the number has started to decline, creating a cause for concern. The endangered category suggests that number has declined to a significant low and the species may go into extinction in the near future. Under the critically endangered sub-category, the species are almost already extinct, but only exist in certain places. The threatened category has the highest number of biological species compared to the other categories. Animals that a part of the threatened species includes tigers, polar bear, pacific walrus, Magellanic penguin, Leatherback turtle, etc. 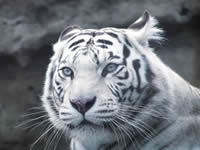 Endangered species is a sub-category of the threatened category in the IUCN’s Red list. Endangered species is the population of organisms (animals, plants, birds, etc) that are facing a high risk of becoming extinct due to their dwindling numbers. Due to the increasing number of species that are falling in this category many countries have issued laws to forbid hunting, restricting land development or creating preserves, in order to tackle this growing problem. When distinguishing a conservation status for animals many factors need to be considered such as statistics such as the number remaining, the overall increase or decrease in the population over time, breeding success rates, known threats, and so on.

According to conservationandwildlife.com estimates, approximately 40% of all living species on Earth are at risk of going extinct. The IUCN Red List is the most popular worldwide conservation status listing and ranking system. Few animals that are on the endangered list include African Penguin, African Wild Dog, Asian Elephant, Asiatic Lion, Blue Whale, Bonobo, Bornean Orangutan, etc.

Countries world-wide have united in order to start preserving wildlife, plants and organisms that are going into extinction. Countries are issuing various laws to protect animals from hunting and plants and trees from deforestation. IUCN has also taken up initiatives to start replanting in order restore plants and trees.