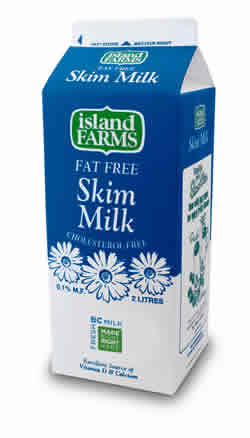 Skimmed milk is obtained after skimming, that is removing cream from the milk. As cream has been removed from milk, it contains 0.3% of fat. Skimmed milk is also called as non-fat milk.

The importance of skimmed milk is that it helps in reducing weight. For those who all are fat and are heavy weight, it will be helpful for them to reduce some weight because it contains less than 0.3% fat. There is a very simple concept that if a fat is removed from milk you will be able to adapt more nutrients which are good for your health.

Semi-skimmed milk has a similar process of removing cream form the milk. However, some of the cream is present in milk and it contains 1.7% of fat. 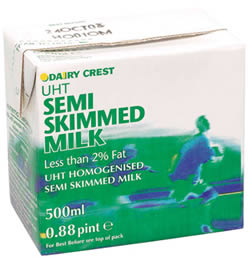 It is usually described more as low-fat milk. It is the most popular milk in US, removing 98% of fat compared to any other milk, like whole milk contains 3.5% of fat; toned milk contains 3.0% of fat, etc.

Some of the important differences between skimmed milk and toned milk are mentioned in the table below:-