Difference between Trapezium and Parallelogram

The words trapezium and parallelogram are commonly found in mathematics and geometry. These terms refer to geometric shapes that are commonly used to learn and understand angles. Both, trapezium and parallelogram are quadrilaterals and may result in it being confusing for people that are not actively using geometry. These figures also play an important part in architecture. 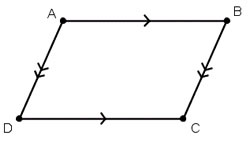 Thanks for giving me information about the difference Simran