Difference between Culture and Society

Key Difference: Culture reflects the characteristics that describe a society at a particular time; and the culture is mostly associated with the art forms. On the other hand, society is a long-standing group of people sharing cultural aspects such as language, dress, norms of behavior and artistic forms.

Wikipedia defines culture as “The arts and other manifestations of human intellectual achievement regarded collectively”. The word culture has been derived from Latin word ‘cultura’, meaning cultivation.  In 18th or 19th century, the word culture was used in Europe to refer to a process of cultivation or improvement. Later in the 19th century, the term evolved and started being used for referring to the betterment or refinement of the society and, then to fulfillment of national ideals or aspirations. In 20th century, it finally emerged as an important concept in anthropology describing the human related phenomena that cannot be considered genetically inherited. It is an attribute referring to members of groups. Culture is always transmitted by the society, not by an individual. 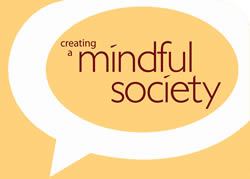 Wikipedia defines society as “A group of people involved with each other through persistent relations, or a large social grouping sharing the same geographical or social territory, subject to the same political authority and dominant cultural expectations”. The word society has been derived from the Latin word ‘societas’, meaning bond or interaction among parties or friends. When one says that the society which he recently shifted in is much more tolerant than the old one, it means he is talking about the community where he is residing now.

Culture is a historic perspective and traditional beliefs and practices that are ongoing over the generations, whereas, society has to do everything with laws, government, constitutions, family, and many things. In short, one has to live a social life considering all these aspects in life. Society can also have many different cultures but one culture is always dominant.

Comparison between Culture and Society:

CULTURE is basically the sharing of values and knowledge by a SOCIETY.