Difference between Borderline and Schizoaffective Disorder

Borderline Personality Disorder (BPD) and Schizoaffective Disorder are two medical conditions that affect a person’s cognition and emotion. These are two different types of mental disorders that can affect people and are considered to be dangerous if untreated. Patients suffering from either BPD or schizoaffective disorder become violent over a period of time. Many people can also suffer borderline personality disorder along with schizoaffective tendencies. 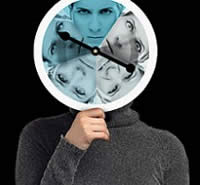 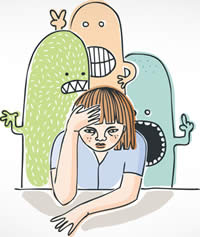 Schizoaffective Disorder is a mental condition in which a person exhibits a recurring abnormal mood and psychotic components. The disorder is constant and does not go away. The person may constantly happy and then depressed or they may be a mix of both happy and depressed at the same time. The disorder causes the patient to loss contact with reality and commonly affects the cognition and emotion. The disorder is known to occur commonly with bipolar or borderline personality disorder. The overlapping of the disorders makes the disorder a little difficult to treat and requires the patient to undergo constant treatment and medication. Schizoaffective Disorder is known to occur more commonly in women than in men.

The exact cause of schizoaffective disorder is unknown. However, different research links the disorder to changes in genes and chemical in the brain. Other research has also been able to link abuse of substances such as marijuana and cannabis in the development and morbidity of psychotic disorders. PubMed Health lists the symptoms as:

However, in order to be diagnosed with the condition, DSM criteria states that “there must be a period of at least two weeks of psychosis without mood disorder, and these symptoms cannot be due to medication(s), substance use or another medical condition.” The schizoaffective disorder must be treated as without treatment it could worsen and can even cause a person to commit suicide. Treatment for the condition includes a combination of medicine, psychotherapy and psychosocial rehabilitation focused on symptom management and recovery.

Hey. I was wondering if one can be diagnosed with both BPD and schizo affective disorder?

Nice informative article but these comments on marijuana making people crazy are beyond absurd.

You gave an opinion. It contradicts empirical evidence to the contrary. Like any drug, pot doesnt effect all the same way. You must have the predisposition. marijuana is the trigger

THC is the paranoid high in cannabis. CBD is the more mellow stoning effect. Strains high in THC tend to be more paranoid and wired which I think can lead to mental illness. Strains high in CBD is the mellow stoning and is useful in dealing with anxiety, mania, or depression. That is why pure CBD oil is best for dealing with mental illness because you can't be sure which one you are getting other than actually using it. As a side note, Kava is legal and functions similar to CBD in that it produces anxiolytic and sedative effects.

It's not ridiculous marijuana is a psychoactive substance and it definitely is the cause of my schizoaffective development.

It’s not ridiculous. Some people do well with smoking cannabis. My psychosis was weed induced.