Difference between Mehndi and Henna

Key Difference: Mehndi and henna are two words that describe the same thing, a dye that is used to color skin, clothes, hair and nails. Mehndi is the term is used in Hindi, while Henna originates from Arabic.

In actuality, Mehndi and henna are the same thing. They are both derived from the same plants and processed the same way. The only difference is the term, which is used in different cultures. While henna is the scientific term for the plant from which the substance is derived, Mehndi is the term that is made popular from Indian culture. 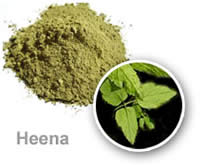 Henna is actually a temporary dye that is derived from the henna tree. It is a flowering plant and is the sole species in the genus Lawsonia in the family Lythraceae. The term ‘henna’ or ‘hina’ originates from the Arabic word ‘hinna’. The term is also used to refer to dye that is derived from the plant for temporary tattoo. In addition to temporary tattooing, it is also used to dye skin, hair, nails, leather and wool. Depending on the strength of the dye, the color can range from orange red to dark brown. Henna has been used since the Bronze Age to a dye a variety of things. It has originally be used as a medicinal herb.

Mehndi is a term that is used to describe henna in Hindi or Urdu. It originates from the Sanskrit word ‘mendhikā’.  It refers to the same dye that is used to paint fingernails, hands and hair. Mehndi is also a custom that takes place during an Indian Marriage. It usually takes place a day or two before marriage and the bride’s hand is painted with henna with a mixture of turmeric powder. Mehndi is also used in a variety of functions and festivals such as Eid, Diwali, etc.

Mehndi and henna are also used as a natural conditioner for the hair among the Southeast Asian countries. Mehndi is quickly gaining popularity in Western cultures as a form of temporary tattoo, which automatically comes off after a few weeks.