Difference between Cappuccino and Mocha

Key difference: Cappuccino and Mocha are two widely enjoyed coffee beverages by people all over the world. The main difference between the two is based on their ingredients and their style of making. 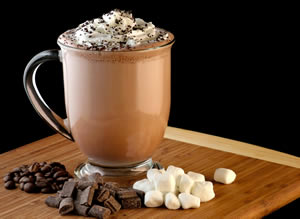 Mocha, also known as ‘Mocaccino’ or ‘Café Mocha’, is a coffee variant. Its name is derived from the coastal town of Mocha in Yemen, which was a dominant exporter of coffee in the 15th century.

Mocha like other coffees has an espresso and hot milk base. Though, it has one more ingredient which makes the coffee a favorite among people. It is made by adding ‘chocolate’, usually in the form of sweet cocoa powder. Mochas are made from both, dark or milk chocolate.

Café mocha is also referred to as hot chocolate with a dab of added ‘espresso’; although many varieties use chocolate syrup. Mochas usually contain milk froth on top, however at times they are also with whipped cream, which is more common and tastier when served with hot chocolate. For more flavor and taste, a dusting of either cinnamon or cocoa powder or small pieces of marshmallows can be added on top of the coffee. There are many varieties of coffee available such as black and white mocha, tan mocha, marble mocha, tuxedo mocha and zebra. Also, another variant is ‘white café mocha’, which is made by white chocolate. 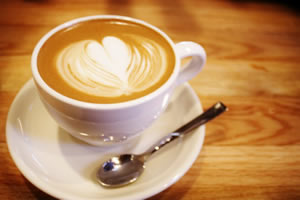 Cappuccino is an aromatic coffee made by mixing milk, milk foam and espresso. It is widely consumed by Italians after breakfast. A common cappuccino is made in 1/3 proportions, which means a proper ‘cappuccino’ is made of 1/3 part espresso, 1/3 part steamed milk, and 1/3 part frothed milk. The espresso and steamed milk are poured together and the frothed milk is scooped on top; which sure makes the drink subjective and can be ordered in several different ways.

To make the cup of ‘Cappuccino’ different or tastier, a sprinkle of cinnamon or cocoa powder can be added on the top of the foam. It enhances the taste; one can also consider using low fat, skimmed or soy milk as an alternative. Also, flavored syrups like orange, vanilla, etc. are added to the coffee to get a different taste; one can use chocolate syrup or powder to make a more delicious combination of cappuccino. Skilled coffee makers make small designs on the froth at the top of the cup.

Comparison between Cappuccino and Mocha: