Key difference: The difference between the two is based on their belief system, wherein ‘Vastu Shastra’ unifies the modern science with astrology and astronomy, while ‘Feng Shui’ is all about energy balance and their synchronization.

Feng shui and Vastu Shastra, are sacred bodies of knowledge that reveal the connection between humans and their homes. They are ancient arts that follow simple principles in order to achieve harmony and stability in ones life. And, this can only happen when there is harmony between nature and the universal flow of energy. Though, the difference between the two is based on their belief system, wherein ‘Vastu Shastra’ is more about modern science, while ‘Feng Shui’ is all about energy balance and their synchronization. 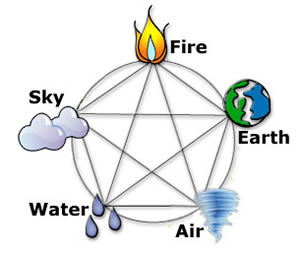 Vastu is one of the most ancient sciences of architecture and is composed of specific rules, regulations and directions, which were set down by the sages of Vedic times. The word ‘Vastu’ comes from ‘Vastu’ which means anything that exists, while ‘Shastra’ is derived from Sanskrit means ‘systems or knowledge’.

Feng Shui, on the other hand, is a part of ancient Chinese art, which gives an idea of living a life of harmony with the environment that further leads to a life of contentment and happiness. In Chinese language, the word ‘FengShui’ means ‘wind and water’ and is all about techniques that involve balancing the environment with the cosmic forces.

The concept of Feng Shui is not very different from Vaastu, as both the systems are based on the knowledge of the flow of universal energy called ‘Chi’ and ‘Prana’ in Chinese and Hindi, respectively. Though, there are certain differences between the two techniques. It is often stated that ‘vastu shastra’ started with a focus on the sacred architecture of Hindu temples, while one of the oldest applications of ‘feng shui’ is the ‘yin feng shui’ or the feng shui of graveyards. 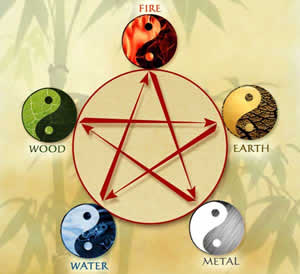 Historical evidence strongly suggests that Vaastu is the source of Feng Shui, which is why the former is said to be older than the latter. Although, the principles behind both are the same, Vastu Shastra is based on science while Feng Shui is based on geographical and traditional considerations. Also, both consist of five elements, wherein Feng Shui is defined by earth, water, fire, wood and metal, and Vaastu is designated with earth, water, air, fire and space(aakash in hindi).

Vastu is more beneficial for people as it brings balance between man and nature by rectifying the geographical errors, while Feng Shui propagates the idea of living in tune with environment to bring fortune and success. FengShui is known to bring positive flow of energy in the house, whereas VastuShastra refers to the technique constructing an abode for the proper functioning of life.

A very important aspect is the interpretation of the south west corner. After much reading i gathered that Vastu discourages locating the kitchen in that corner whereas feng shui says its auspicious. I am confused.

The two are the same in bringing good luck, health when applied to life