Difference between Navy and Air Force

Key difference: Navy is one of the branches of the armed forces. The navy is responsible for safeguarding the nation’s territorial water areas from threats or combat operations. Air Force is the national military organization that primarily conducts aerial warfare.

Air Force and Navy are two types of forces which are a part of a country’s defense system. They are necessary in order to protect a country from intruding forces. These are two main branches from the five branches which are a part of military: the Army, Air Force, Navy, Marine Corps, and the Coast Guard. These branches are directly answerable to the Department of Defense, run by the Secretary of Defense. 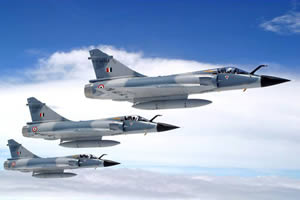 According to Wikipedia, in some countries, air force is also known as air army. It is a national military organization that primarily conducts aerial warfare. It is quite distinct from the navy, army or any other branch of the armed forces. Usually, air forces are responsible for gaining control of the air, carrying out strategic and planned bombing missions. They are also required to provide support to the surface forces.

The term "air force" may also refer to a strategic air force or numbered air force. It is in a prepared formation within a national air force or it may consist of comprising several air components from the allied nations. Air forces typically consist of a combination of fighters, bombers, helicopters, transport planes and other aircraft.

Air Forces are also responsible for operations of military space, intercontinental ballistic missiles (ICBM), and communications equipment. At times, air forces may command and control, over other air defense assets such as antiaircraft artillery, surface-to-air missiles, or anti-ballistic missile warning networks. They may also control and run their entire defense system. There are some nations, principally Russia and few others who have remodeled their military forces and changed the strategies along the Soviet lines; they have an Air Defense Force which is a completely separate organization from the air force.

In addition to pilots, air forces have ground support staff, which support the aircrew. In a manner similar to civilian airlines, there are supporting ground crew members required for the pilots, as the pilots cannot fly without their assistance. The other recruits working in the ground crew include engineers, loadmasters, fuel technicians and mechanics. However, some supporting staff such as airfield defense troops, weapons engineers and air intelligence members, do not have or play an equivalent role in the civilian organization. 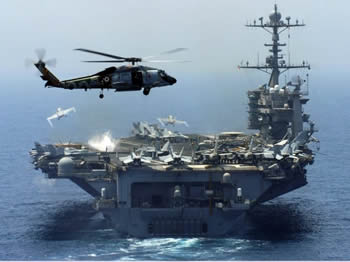 The Navy is the armed forces that are responsible for keeping the country’s water areas safe from threat. It is mainly designed for naval warfare and keeping the waters free from pirates and other threats. Naval warfare includes anything conducted by surface ships, amphibious ships, submarines, and seaborne aviation. They also provide an auxiliary support in communications, training, and other fields of the armed forces. The primary role of the navy is to ensure that the seas are safe and free, which makes it easier for a country to make use of its water areas all the time. The strategic task role of the navy is the projection of its force into areas beyond their country's shores, which basically means to protect sea-lanes, ferry troops, or attack other navies, ports, etc. The term ‘navy’ is derived from old French word ‘navie’ which means the ‘fleet of ships’.

The Navy is also used as an enhancement for the Air Force power. It means that, if and when the need arises during a war, attack or other conflicting times, navy provides the troops, planes and other support. The navy ships can also be used to launch an attack on a land target from miles away, using very heavy guns and cruise missiles. Stealth attacks on enemy targets can also be carried out using the Navy submarines. Another primary function of the Navy is to transport Marines to the place of conflict. The Naval reserves also provide the necessary assistance to the Navy when required.

Naval warfare has been fought since the introduction of ships or water-bearing vessels, since the times when guns or weapons could not be carried on board. In earlier times, warfare was conducted by trying to ram into the opposite ship and getting on board to engage in hand to hand combat. The largest navy in the world is the United States Navy, which has a battle fleet greater than that of the next 13 largest navies combined. The US Navy operates 290 ships, 3,700 aircraft, 50,000 non-combat vehicles and owns 75,200 buildings on 3,300,000 acres. The Army is commanded by the Chief of Naval Operations, who reports to the Secretary of the Navy. The navy owns equipment such as ships, boats, aircraft carriers, submarines and aircrafts.

Comparison between Navy and Air-force: