Key difference: YouTube has any and all videos available for view. Vevo has only music videos and related content. 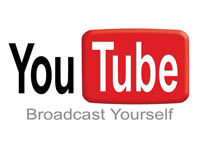 Both YouTube and Vevo are video-sharing websites, still there are significant differences between the two. YouTube is mostly a user-run site, where individuals upload, view, and share videos. However, when users started uploading and sharing music videos, it led to issues of copyright infringement. In response to this, the music recording companies came up with Vevo. The recording companies readily share their copyrighted music videos on Vevo for individuals to view.

YouTube is a vast and huge website. It uses Adobe Flash Video and HTML5 technology to display videos. It streams a wide variety of user-generated video content, including movie clips, TV clips, and music videos, as well as amateur content such as video blogging and short original videos.

Vevo is a collaboration between three of the "big four" major record labels. They are the Universal Music Group, Sony Music Entertainment, and EMI. They share music videos copyrighted with their respective labels. The concept for Vevo was described as being ‘Hulu’ for music videos, with its goal being to attract more high-end advertisers.

The website is currently available only in the US, Canada, UK, Ireland, Australia, New Zealand and Brazil. It does aim to go worldwide; however it is unsure, when that will be. Still, Vevo has a user account with YouTube, which means that at least some on Vevo’s content is available on YouTube.

Another difference between YouTube and Vevo, other than the type of content shared, is the quality of the videos. YouTube is mainly run by users, with user-generated and shared content. These videos include songs with lyrics, how to videos, everyday videos, funny videos, and many more. However, only Vevo admins have the ability to upload videos to the website. Users may only watch, like and or share the videos.

Still, YouTube deserves credit, as it is one of the biggest open forms for sharing content. In July 2006, the company announced that 65,000 new videos were uploaded to the site every day. In January 2012, YouTube stated that the site was receiving more than four billion views per day. It has the biggest collection of videos available, anywhere.