Difference between Revolt and Revolution

Key Difference: A revolution seeks to gain powers or rights from an oppressive power, or to gain freedom, whereas a revolt is where the people disagree with something like rules, or laws, and come together to show their disapproval. 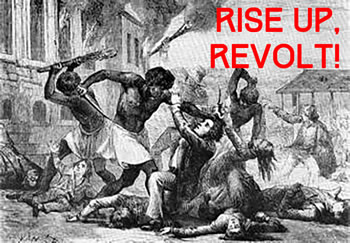 Revolt and Revolution are two commonly confused words, primarily because not only do they sound similar but actually refer to similar things. Both refer to an uprising or unrest among the people which may or may not involve violence. Hence, it is no surprise that revolt and revolution are often mistakenly used interchangeably.

It is true that both revolt and revolution refer to unrest, where people get together and show their dissent of certain things; however the intention behind each of them differs. A revolution seeks to gain powers or rights from an oppressive power, or to gain freedom, whereas a revolt seeks to overthrow and destroy that power, as well as its accompanying laws.

According to Encyclopedia.com, revolutions are primarily utilized to as a “way of changing society by forcing governments to change policy, by resisting the rule of foreign powers, or by wholly overthrowing and replacing governments.” A revolt, on the other hand, is more of a direct approach to getting laws, rules or regulations changed. A revolt is basically an action against authority. It is a way to show that they refuse to be controlled or ruled.

Usually, a revolt is on a smaller scale, or an isolated situation; whereas, a revolution is generally on a much larger scale. It is typically countrywide or regional, where the citizens are trying to overthrow the government or ruling party. A revolt is commonly a one-off instance where the people disagree with something like rules, or laws, and come together to show their disapproval. A revolt is like a protest, but it is more likely to be violent.

A revolt is an anarchy, whereas a revolution is more structured or planned. People in higher places have decided where protests should be aimed and carried out, where they would have more of an impact. A revolt is just people getting together to show their disagreement with power and force.

Think of it this way, when people are in the street breaking things and looting, then it is more likely to be a revolt, whereas in a revolution most of the general public are likely to be sitting home watching the news to see a power struggle within the country. 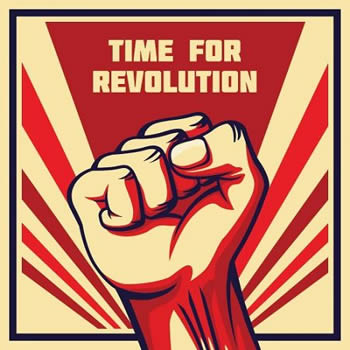 Other examples to look at:

Comparison between Revolt and Revolution: