Difference between Opera and Musical

Key difference: Musical is a form of theatre that combines songs, acting, dancing and dialogue. Opera is an art form in which musicians perform a dramatic work in a theatre, combining words and music.

People often get confused with Musicals and Operas. Many a times, there are entertainment shows where artists will be making music, and people start thinking it to be an opera, but in fact it is a Musical. This article helps to easily differentiate between them. 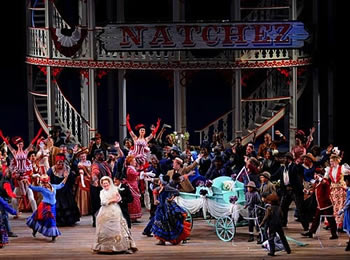 Musical is a style of theatre where songs, dance, and dialogue are combined together to tell a story. In modern times, a musical can be a stage show or film or television show, which uses contemporary and popular music styles and dialogues to tell the story. The story and its emotional content: humor, pathos, love and anger, are communicated through words, music, movement and technical aspects of the entertainment in a musical. Musicals are performed in theatres.

Dialogue is the main emphasis of a musical, which does contain music at times. The performer needs to be an actor first, then a singer and a dancer. Musicals are based on popular music, dance and contemporary dialogues. For a hit musical, three main things are said to be required: intelligence and style in writing, raw emotions in the story and the ability of a director to do something creative. 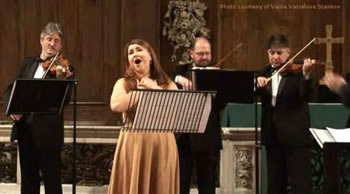 Opera is an art form where music is the main focus of the performance. Operas are widely considered to be as traditional. Musicians and the singers combine musical scores and texts, to narrate a story. Singing is the main emphasis of an opera. The performer needs to be a classically trained singer, who at times is also required to dance and rarely act. Few operas have dialogue too. In an opera, the singers are trained and the performer sings the story, in the language in which the original story was written. There are many prominent opera styles, like the Italian opera, Russian opera, French opera, and English–language opera. Each opera has its own distinct style.

Comparison between Opera and Musical: