Difference between Wikipedia and Wikimedia

Key difference: Wikipedia is an online internet encyclopedia site by Wikimedia foundation, while, Wikimedia is a big online foundation which runs various different site and projects.

The name ‘Wikipedia’ (which is a portmanteau of wiki and encyclopedia) was coined by Sanger.

Wikipedia is one of the free Internet online encyclopedia site, supported by the non-profit 'Wikimedia Foundation'. It is an online encyclopedia, which includes the general subjects and topics. These articles are often written by experts and reviewed under a formal process. It is an open site, and can be edited by any individual or candidate, who possesses knowledge regarding the subject. It comprises of almost 30 million articles, which are written in 287 languages, including over 4.3 million in the English Wikipedia.

The contents on Wikipedia are written collaboratively by the volunteers around the world. It is the largest and most popular general reference work on the internet, which ranks among the top ten famous websites globally on Alexa, and have an estimated of 365 million readers worldwide. It began as a complementary project with Nupedia (a free online English-language encyclopedia project) and is considered to be the well-known global informative internet site. The information is provided on a general basis regarding any subject and/or topic. The contents are analyzed, formatted and edited with corrections by the experts. Its information is always updated with the newer version. 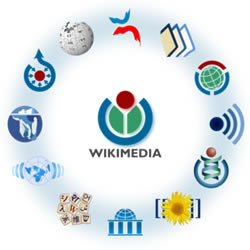 Wikimedia Foundation, Inc. is an American charitable organization headquartered in San Francisco, California and which is organized under the laws of the state of Florida (founder and established place). The foundation was officially created on June 20, 2003, by Wikipedia co-founder Jimmy Wales.

Wikimedia is a foundation which collaboratively operates numerous wiki online sites and projects. It operates Wiktionary, Wikiquote, Wikibooks, Wikisource, Wikimedia Commons, Wikispecies, Wikinews, Wikiversity, Wikidata, Wikivoyage, Wikimedia Incubator, and Meta-Wiki. The main goals of this foundation are to develop the content and provide information to the projects. It’s a free online foundation for the people, who are in search of the relevant content.

Comparison between Wikipedia and Wikimedia: