Key Difference: LCD (Liquid Crystal Display) and LED (Liquid Emitting Diode) Televisions use the same technology of Liquid crystal display. LED televisions are basically types of LCD televisions. The major difference that exists between the two is regarding the backlighting. Ordinary LCD TV’s make use of the cold cathode fluorescent lamps for backlighting. On the other hand, LED TV’s use an array of tiny and efficient LED (light emitting diode) to get the screen illuminated. Due, to this change in backlighting technology, LED TV’s have an edge over the simple LCD televisions. 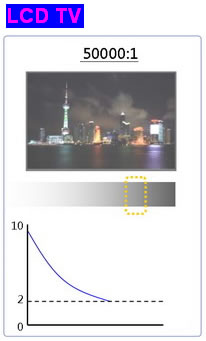 LCD stands for Liquid Crystal Display Television. These televisions are known for the features like slim design and a flat viewing surface. In spite of these features, they do not compromise on the quality of display. It consists of two polarizing transparent panels with a liquid crystal solution between them. Liquid crystals are basically rod shaped molecules and possess the ability to bend light, when an electric current is passed through them. 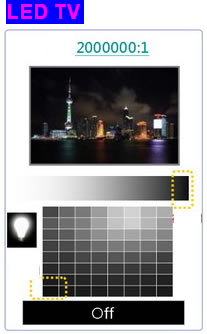 The crystal molecules align differently in order to control the passing through or blocking mechanism of light. A backlight is required to light up the screen, and then only one can see the image. In the case of LCD TV’s, this backlight is cold cathode fluorescent lamp (CCFL). These lamps spread a white light across the back portion of the LCD. This portion is then colored to form the images. One of the major limitations of this technology is that fluorescent tube lights the full screen evenly. Thus, one cannot play much with the backlighting intensities for different parts or portions of the screen.

LED or Light Emitting Diode Televisions can also be referred to as LCD televisions with LED technology. The technique of image formation remains the same in both the cases. However, instead of using the technology of CCFL, it uses the LED technology for backlighting. In this case, light emitting diodes are used. LED technology consumes less energy and space than conventional bulbs. LED TVs are of two types- Edge-lit LED TVs and back-lit LED TVs.