Difference between Sinhalese and Tamils

Key difference: The main difference between these two communities are that, the ‘Tamils’ are mainly Hindu and ‘Sinhalese’ are mostly Buddhist. Also, they are from completely different ethnic origins, which happen to live side by side in one geographic area. 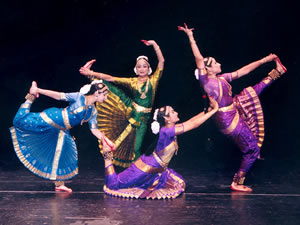 Tamil people speak the Tamil language; they are also known as Tamilians or simply Tamils. The people speak ‘Tamillian’; a Dravidian language, and are known for their religion, culture, history and cuisine.

Their origins lie in the Chera, Chola, Pandya and Pallavas dynasty; which led to the formation and development of four large political Tamil states that include todays Kerla and Tamil-Nadu and also some parts of Sri-Lanka.

Based on their rich religion, Tamils have a variety of different deities which include Vishnu, Siva, Ganapathi, and Murugan, etc. They are widely worshipped and celebrated in different forms, which are based on the many festivals and honoring deities. The Tamil People are also huge fans of visual arts and architecture. The architecture can be seen through the different and many temple structures, which depicts their love of art, beauty and dance forms. Also, their performing arts are divided into popular and classical. The classical dance form is known as Bharatanatyam, whereas the popular dance form is known as Kuthus.

Tamil cinema known as Kollywood is also an important part of the Indian cinema industry. Music too is divided into classical Carnatic form and many popular genres. The Tamil cuisine is also very famous and varies in vegetarian and non-vegetarian items, which are usually made with local spices. The music, the temple architecture and the stylised sculptures favoured by the Tamil people as in their ancient nation are still being learnt and practiced. 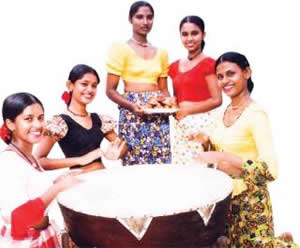 The Sinhalese are an ethnic group, based and native to the island of Sri Lanka. The Sinhalese identity is based on language, historical heritage and religion.

The Sinhalese speak ‘Sinhala’, an Indo-Aryan language, and are predominantly Buddhists in religion. Their origin is based on ‘Raksha’, ‘Yaksha’, ‘Deva’, and ‘Naga’, the four powerful tribes of ‘hela’, the inhabitants of Sri Lanka.

The Sinhalese have a unique culture, which dates back to 2600 years, and has been nourished by Theravada Buddhism. Its main domains are sculpture, fine arts, literature, dancing, poetry and a wide variety of folk beliefs along with their traditional rituals. Ancient Sinhalese stone sculpture and inscriptions are well known worldwide. The 'Sandesha Kavyas' written by Buddhist priests of Sri Lanka is regarded as one of the most sophisticated and versatile works of literature in the world.

The form of Buddhism in Sri Lanka is known as Theravada (school of elders). It is said that the Sinhalese as an ethnic group are destined to preserve and protect Buddhism. Traditionally during recreation the Sinhalese wear a sarong. Men wear a long-sleeved shirt with the sarong, while women wear a tight-fitting, short-sleeved jacket with a wrap-around called the 'cheeththaya'. Sinhalese cuisine is one of the most complex cuisines of South Asia. Due to its proximity to South India, the cuisine of Sinhalese shows some influence, yet is in many ways quite distinct.

Comparison between Sinhalese and Tamils: