Oils are known to be favorites among grannies, mothers and chefs as they add a distinctive flavor in the foods. Probably, oils are famous among the several recipes and cuisine. Different countries use their style of cooking and oils in them; as oil plays a key role in enriching the food flavor and quality. Frying, roasting, baking and stirring with oil are some of the frequently used cooking methods in the kitchens. Some oils are known for their medicinal and health benefit purposes. Oils which are rich in their essential components and compositions can be applicable for reducing the health related issues and problems. Also, researches and medical works are conducted on oils, as these afterwards helps for medicine productions.

Oils are obtained and produced according their crop or plant cultivation in their respective regions. Rice bran and Olive oils are health nourishing oils; as these oils are known for their food benefits. These are regional based oils; i.e. rice bran oils are used in several Asian countries, including Japan and China; while Olive oil and its plants belongs to the Mediterranean basins. 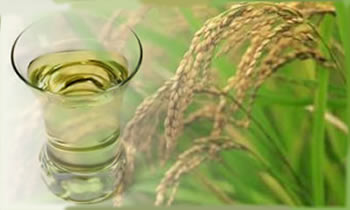 Rice bran oil is a mild flavored cooking oil, extracted from the inner husk or covering of the rice grains. The oil is known for high temperature cooking due to its high smoke point and hence is applicable for deep frying and stir frying. Pure Rice bran oil has a nutty flavor, but is good for health benefits and life. Other than cooking, the oil is also used as a substitute for carnauba wax in the cosmetics, confectionery, shoe creams and polishing compounds. The oil contains a remarkable amount of nutritive constituents; which contains vitamins and antioxidants; also it is regarded to be of Trans free fat nature, hence is more preferred by health conscious individuals. One of the most critical use of the oil is found during the Menopause, as the γ-oryzanol, a mixture of chemicals of the oil, can reduce and help to give relief at some extend. 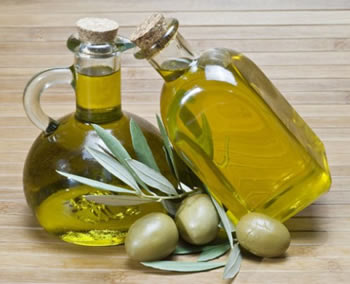 Olive oils also regarded as one among the healthiest cooking oils is extracted from the olive fruits. Olive oils are categorized according to their grades, they are: Extra Virgin, Virgin, Lampante, and Refined oil; among which the extra virgin oil is regarded to be the best for its nutritive and qualitative contents. Olive oils are available in refined and unrefined forms; out of which the unrefined form is obtained without passing the oil to any chemical treatments or processes. While refined oil is obtained by proper refining treatments. Olive oil is known for its diabetic treatments, as it can control the blood sugar levels and lower the triglyceride level which causes risk of heart disease. The oil is also applicable in cooking, cosmetics, pharmaceuticals, soaps and as fuel for traditional oil lamps.

Rice bran oil contains more content of vitamin E than Olive oil; along with these vitamins the oil also consists of tocopherol and tocotrienol in its constituent list. While, olive oil consists of only the tocopherol vitamins, which is less in proportion when compared to rice bran oil. Also, rice bran oil contains a significant amount of antioxidant oryzanol; which is absent in olive oils. However, olive oil contains more amount health-enhancing antioxidant called as DHPEA-EDA, which is known for its heart-protecting tendency. Rice bran oil has longer shelf life, and hence can be used to preserve any food for a longer period of time. On the contrary olive oil is very delicate and need to be refrigerated in order to keep for a longer period of time. For high heat cooking like frying, deep frying and other rice bran oil is used, if compared to olive oil which can be used only for dressing in salads or low heat cooking.

Rice bran and olive both oils are best in their roles and calorie contents; and correspondingly also beneficial for health aspects.