Difference between Ambassador and Envoy

Key Difference: An ambassador is the highest ranking diplomat that is sent to another sovereign state in order to represent their country. An envoy is a diplomatic representative and not considered as a representative of the head of the state. 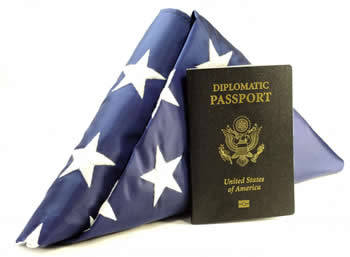 Ambassador and envoy are common terms when it comes to diplomatic missions. Although, these terms are commonly thrown around in movies, the functions of such diplomats are often unknown, other than being kidnapped and in need of rescue, of course.

As all things, the terms have been changing overtime and many of such terms were made obsolete. Prior to the 19th century, each country had its own system of ranking its diplomats. In 1815, the Congress of Vienna formally established an international system of diplomatic ranks.  According to the Traditional European diplomacy, the ranks are such:

The way this system was set resulted in providing more power to the major nations. So ambassadors were only shared or exchanged for bigger and more powerful nations. This was put to a stop following World War II when the United Nations issued a doctrine, declaring that no sovereign nation can be considered as inferior. After this, the system was changed; all legations were upgraded to embassies.

An ambassador is the highest ranking diplomat that is sent to another sovereign state or international organization in order to represent their country. For example, a diplomat of France in India, will represent France, its government and the people of France that reside in India. Although, originally it was for people who went to a sovereign state for a specific mission, (mostly peacekeeping), these days it is used for people that reside in the state permanently, representing the interests of their home country, until their term is over.

The ambassador is expected to immerse themselves in the culture of the country that they reside in and understand the ins and outs of the people and their ways, so that they can better represent their country in a manner, which is beneficial to both the countries.

An envoy is a rank that is higher than a Minister Resident, but lower than an ambassador. He is simply is a diplomatic representative and not considered as a representative of the head of the state. However, an envoy still holds plenipotentiary powers, which allow him to fully represent the government. Until the mid-20th century, most of the diplomats that were being exchanged were envoys, which are now no longer considered an appropriate term.

An envoy is responsible only for one particular mission. He does not reside in the country for full time to understand the culture and the ways of the host country. An envoy goes to a host country for a mission, and once that mission is over, he must return to his home country to report.

Comparison between Ambassador and Envoy: