Difference between Illustrator and InDesign

Key Difference:  Illustrator and InDesign, both are vector based application software from Adobe. Illustrator is generally used for resizing of images without compromising on the quality factor. On the other hand, InDesign is preferred for multi page projects and templates. 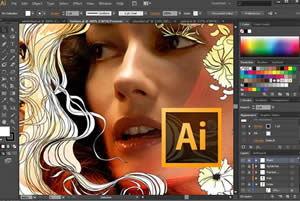 Illustrator and InDesign form an integral component of the Adobe Creative suite. They both belong to the same type of application software. However, still they are different from each other. Both of them are design software from Adobe. Illustrator software is used as a vector graphics editor. There have been numerous versions of this software. Initially, it was developed for Apple Macintosh in 1986. It provides its functionality in the typesetting and logo graphics. The biggest advantage of using it is that everything created in this software is scaleable, as it uses a mathematical grid for mapping the artwork. Resizing becomes such an easy task with the help of this software. Resizing is done and that too without compromising on the quality of the artwork. It is generally used for creation of logos, vector paintings, card designs, etc. 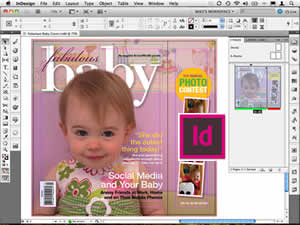 This software is written in C++. It cannot edit and crop photos like photoshop. It basically deals in lines and algorithms for creating different shapes. It works by creating curved paths that are connected by anchor points. These anchor points can be modified as per requirement. It is a vector graphic editor, and thus is also resolution independent.

Adobe InDesign has its root in Adobe PageMaker, and thus it can also be termed as a desktop design/publishing application that has been designed for windows XP and Mac OS . One can create and modify page layouts with the help of this application. It is also like Illustrator in many ways as it is also a vector based program. The most powerful feature of InDesign is its capability to deal with multiple pages and creation of master pages. This is quiet helpful in creating layouts for books and magazines. With the new versions, one can also create layouts to be seen on tablets. One can also generate ebooks for kindle, etc.

Comparison between Illustrator and InDesign: