Difference between Wrestling and Boxing

Key difference: Boxing and wrestling are two different types of combat sports. In boxing, one can only hit his opponent by punches, whereas in wrestling one can completely body tackle their opponents apart from breaking their necks.

There are different kinds of sports played in the world. Wrestling and boxing are the two different types of combat sports. They are different yet one cannot differentiate between the two, although everyone loves watching them. Here are some basic differences between these two. 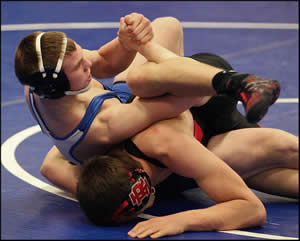 Wrestling is a form of combat sport, which involves clinch fighting, throws, joint locks and take downs. It involves a grappling type technique for fighting. It is a physical competition between two or more competitors, who fight each other in an attempt to gain and maintain a superior position over the other.

Folk wrestling describes the traditional form of wrestling, which is unique to a culture or geographic region of the world that does not administer rules for this type of fighting. Examples of folk wrestling include kurash from Uzbekistan, gushteengiri from Tajikistan, khuresh from Siberia, koshti pahlavani from Iran, naban from Myanmar, pehlwani from India, penjang gulat from Indonesia, schwingen from Switzerland, tigel from Ethiopia, etc. It is not recognized as an international style of wrestling by FILA.

Wrestling, as explained, is a popular combat sport and a highly recognized sport. It is a part of the Olympics, the Common Wealth Games and many other international recognized sport events.

Boxing is a combat sport in which two people engage in a contest of strength, speed, reflexes and endurance by throwing punches against each other. It is a form of martial arts and combat sport. 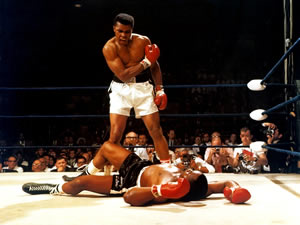 Boxing was originally nothing more than bare fist fighting between two willing and sometimes unwilling competitors. It was the ancient Greeks who believed that fighting was a game played by the Gods on Olympus, and made fighting a part of the Olympic Games in 688 BC. Over the time, boxing became a part of the Olympics and the common wealth games.

Boxing is all about jabs and hooks; it also has rules that need to be followed. It takes palace inside a “ring”, a square platform, where the boxers stand in opposite corners and move in the center to begin the fight. They take turns in throwing punches at each other. Their aim is to knockout the other. A boxing match consists of three-minute rounds. The fight is controlled by a referee who works within the ring to judge and control the conduct of the fighters, rule on their ability to fight safely, count knocked-down fighters, and rule on fouls.

Boxing is also about different techniques, defense and stances. These are used in the different fighting styles which help a boxer win a fight. Based on the form and type of fighting, there are two types of boxing:

For most fighters, an amateur career helps to develop skills and gain experience in the preparation for a professional career in the Olympics. Boxing is a game of forceful and repetitive punching; precautions are taken to prevent any damage to the bones. This game is played by wearing gloves on both hands and a mouth guard is used for protecting the gums and teeth from injury.

With the popularity of boxing, the boxers also have a huge fan base screaming their names during a fight. During any international boxing events, the fans are treated to autograph sessions, boxing exhibitions, a parade featuring past and present inductees, and the induction ceremony itself.

Comparison between Boxing and Wrestling: