Difference between Rack and Blade Servers

Key Difference: Rack servers are essentially stand alone computers on which applications are run. In a rack server, all components like hard drives, a network card, etc. are contained in a case. A blade server is a stripped down computer server that is based on a modular design. It minimizes the use of physical space. 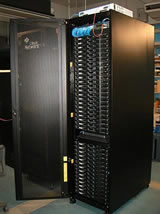 Rack servers are also known as traditional servers. They are essentially stand alone computers on which applications are run. All the components like hard drives, a network card, etc. are contained in a case. Thus, they can be described as a single-performing machine that runs a certain number of applications separately. They can be operated by plugging them into a standard electrical outlet and connecting the network cables. This type of configuration enables the device to be mounted in a computer hardware rack. A hardware rack is usually 19 inches in width. However, typically the size of a server defines how powerful it is. This is due to the fact that it has more capacity for components and upgrades. It is often preferred to save space. It is often preferred by the companies where: 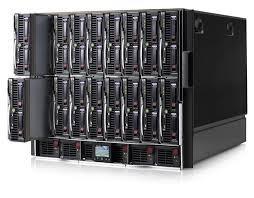 A blade server is quiet similar to a rack server in many of the ways (particularly in design). However, many components have been removed from them and the components are shared among all the servers within an enclosure. Each blade denotes a server that possesses a processor, memory, disks and network cards. They are generally equipped with lower power processors as they are smaller in size. Technically, they are built in such a way, so that they can be mounted onto a server rack. Blade servers are gaining more popularity over the rack servers.

Comparison between Rack and Blade Servers: